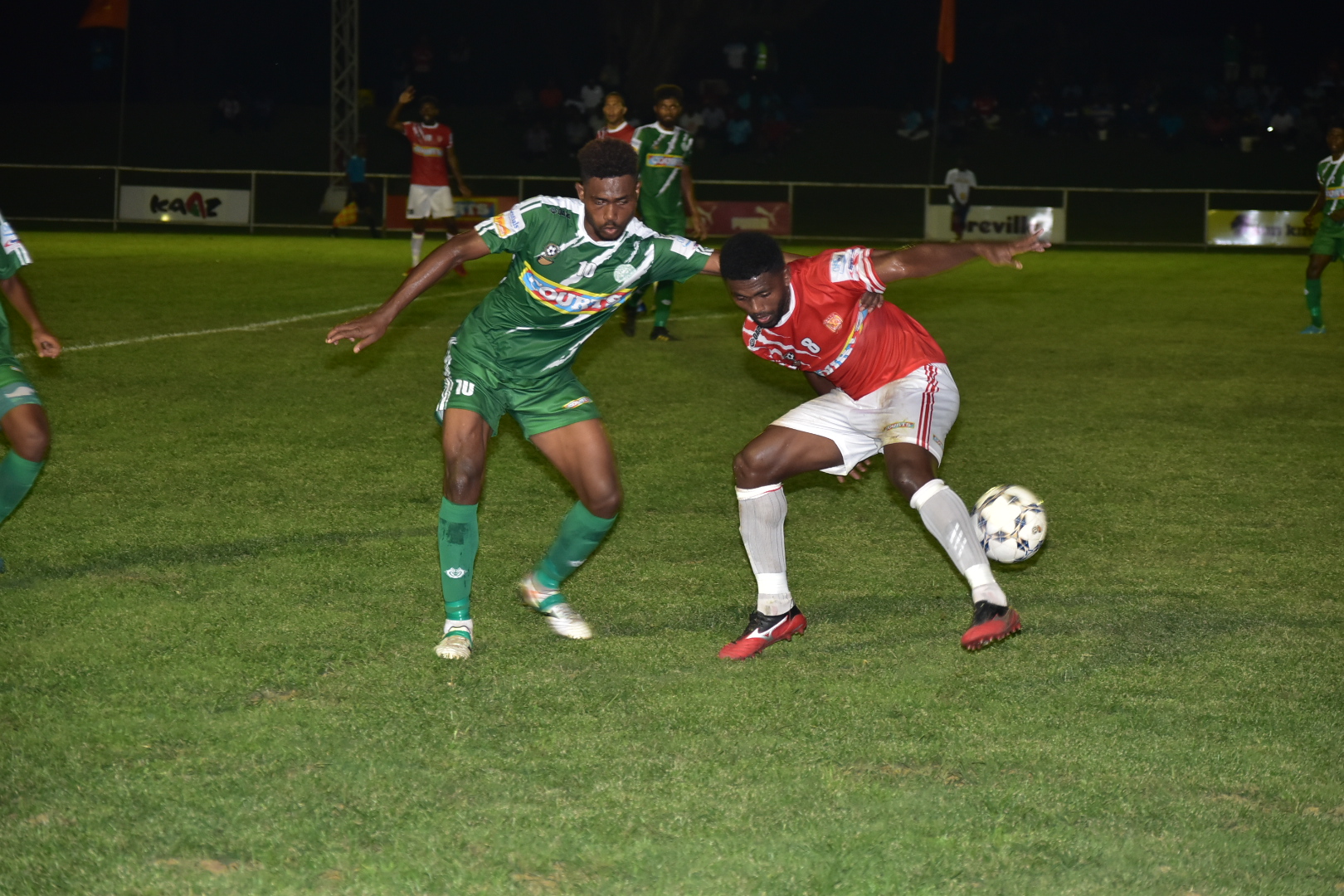 Setareki Hughes tries to control for Rewa against Nadi.

THE Nadi football side has suffered a major blow ahead of the 2019 Courts Inter District Championship semi final against Labasa today.

The hosts have suspended eight players after they were out on a drinking spree.

Team President Javed Ahmed has confirmed that the group of players went out on a drinking spree on Thursday night.

Ahmed said they have capable players in the 30 member squad who will replace the suspended players.

Team coach Pranesh Amarsee has also stood down from his position.

Nadi takes on Labasa in the first semi final at 4pm while the second semi final between Ba and Suva kicks off at 4pm.