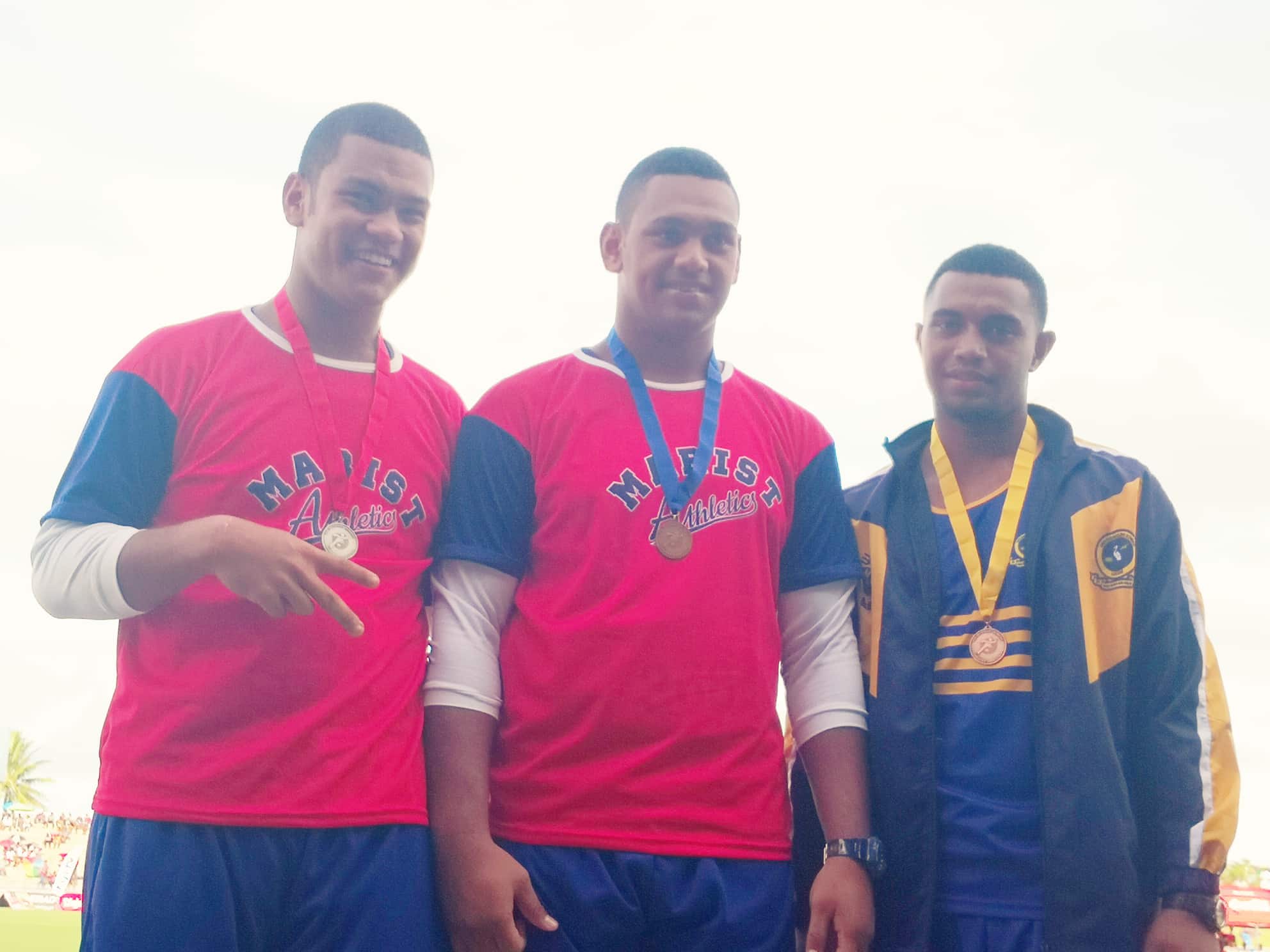 THE third record for this year’s Coca-Cola Games has been set by Orisi Navavau of Marist Brothers High School in the intermediate boys shot put event.

Jesse Stolz also of Marist settled for silver with a throw of 13.99m.

Nathaniel Tuilaucala of RKS took out the bronze medal with a throw of 13.49m.