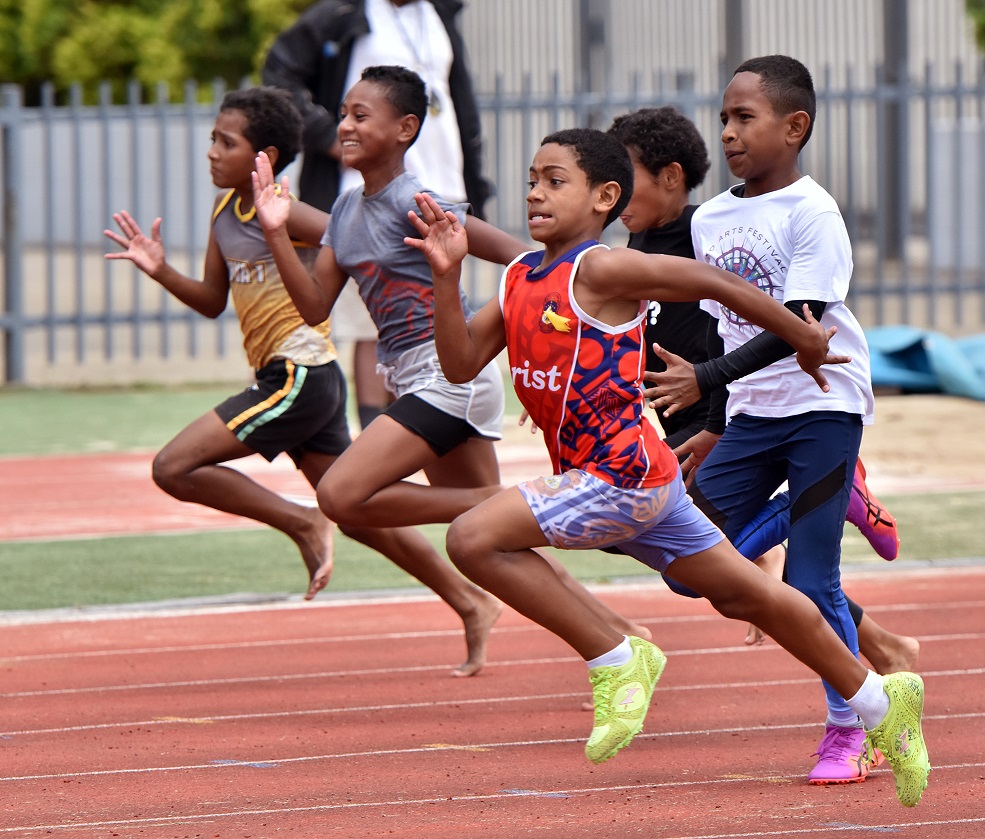 Serupepeli Nakasava (3rd from right) of Suva during the training for Chow games at ANZ Stadium. Picture: RAMA/FT FILE

With the recent scare of drugs across the nation and even the findings of illegal substances in schools, the security of children is a priority for the Fiji Police.

“That is where we are focussing on at the moment,” Tudravu said.

“That is part of our community policing and we will come out with our awareness especially the vulnerable ones, our children.”

Tudravu had earlier announced that it was up to the Fiji Police Force and the people of Fiji to fight the war on drugs for those who can’t, our children.

“We don’t want our children the future generation of this country to be the victims of drugs.

“We cannot allow drugs to dictate the lives of our children tomorrow.”

Tudravu said planned operations had already been in place to safeguard all athletes and spectators alike over the next few days. |