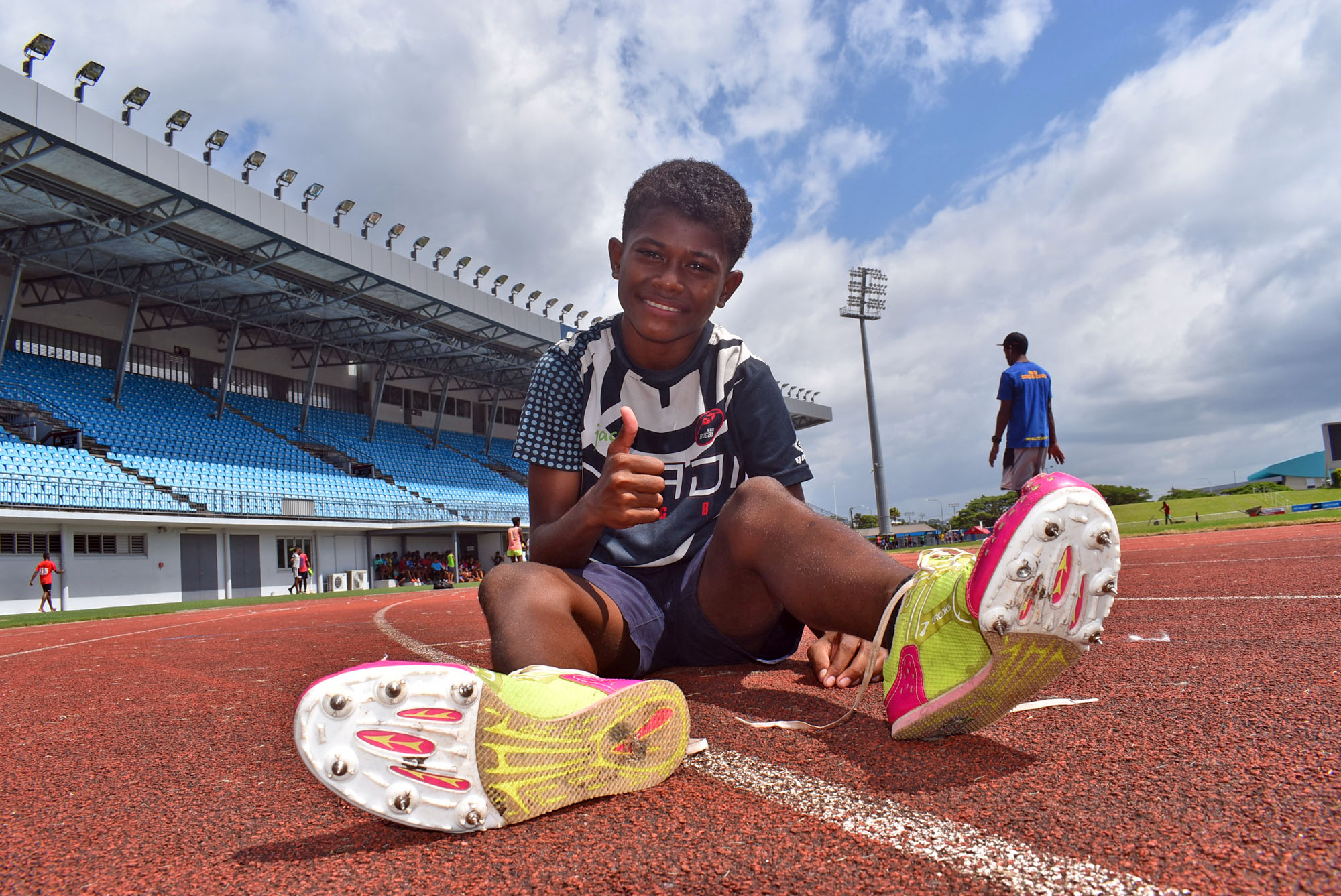 Losevati Vuniwaqa try out the tracks during the Macuata Athletics team training at the ANZ Stadium in Suva on Thursday, November 24, 2019. Picture: JONACANI LALAKOBAU

FOR Losavati Vuniwaqa the highlight of her life at this year’s 2019 Chow Games is being able to travel to the Capital City, Suva, for the first time.

The Solevu, Bua native is representing Macuata District in the games and is one of the team’s top medal contenders. “I am happy to be participating for the first time at the Chow Games.

This is also my first time in Suva and to compete on these tracks.

“After looking around and seeing the Capital City I am hoping to do well in my events tomorrow,” said Vuniwaqa yesterday.

The 13-year-old said she had been training hard after she was chosen to represent her district and was excited about travelling to Suva.

“I train every day in Labasa at the All Saints ground and I was training hard. I have only been taking part in the Northern Zone where I competed last year and got a gold medal, this year I will try my best to get gold,” said Vuniwaqa.

The 2019 Chow Games begins today at the ANZ Stadium in Suva.