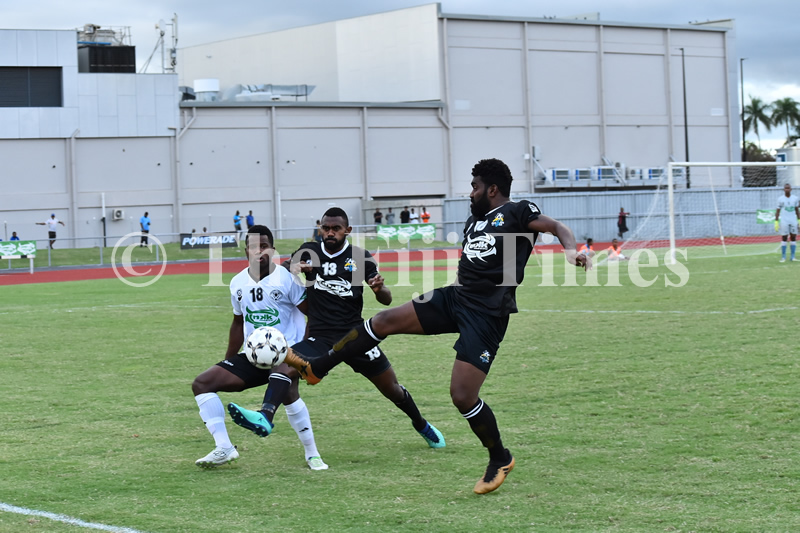 Malakai Tiwa on attack for Ba against Suva in the last pool game of the 2019 Inkk BOG. Picture: BALJEET SINGH

SUVA has been preparing well for the past days as they camp in Nadi waiting for the semi-finals of the 2019 Inkk Mobile Battle of the Giants this weekend.

President Ritesh Pratap said they would be playing against one of the top teams in Fiji.

“Lautoka will come out strongly and we need to be prepared mentally, physically and spiritually to counter their attack,” Pratap said.

“One of the main areas that we need to look at is our strike, our finishing and most of all communication on the field.

“The players need to speak to each other and help one another which is always the morale of the team to work together.

“We have been camping in Nadi working on our game plan.”

Pratap said all players were being pressured and they knew what was expected from them.

He added that with the new BOG champion in line, it was up to the players to prove themselves.