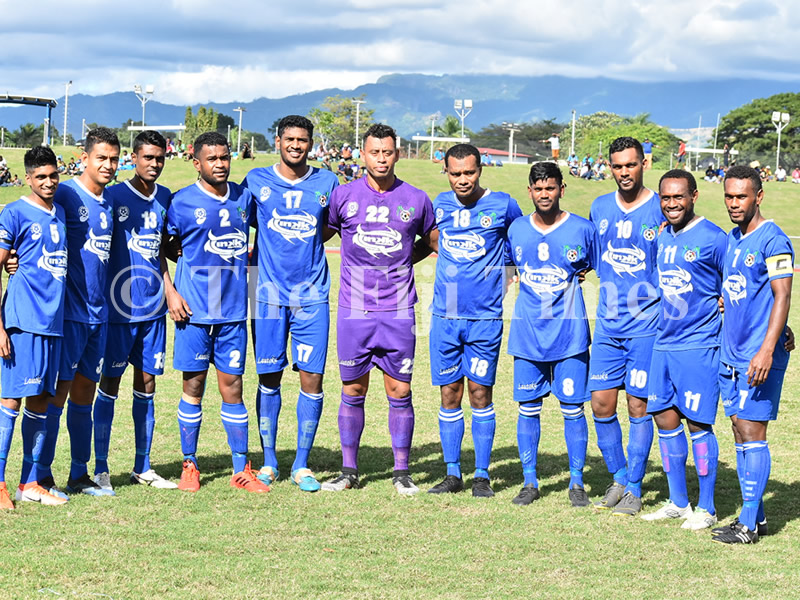 The Lautoka football team will face Suva in the semi-final of the 2019 BOG. Picture: JOVESA NAISUA/FILE

LAUTOKA will be back to full strength for the Inkk Mobile Battle of the Giants semi-final against Suva at Churchill Park this evening.

Strikers Samuela Drudru and Sekove Finau will return in the attacking role while Jone Vesikula will be back in defence after resting out the final pool game against Rewa last Sunday.

With the inclusion of Benjamin Totori, the Blues are expected to be explosive upfront.

The Lautoka Football Association officials have opted to keep a low profile with no media interviews.

However, there are confirmations that more than two players have been dropped from the squad after failing internal drug tests.

This is after Edward Justin was suspended by the Fiji Football Association for testing positive during the BOG group stage.

Meanwhile, the Tagi Vonolagi-coached Nasinu team will go in as the underdogs in their semi-final against Labasa this evening.

With only one day of training last week, Nasinu upset Nadi 1-0 in the last group stage to book a spot in the semi-final.

Vonolagi said they were unfortunate not to taste victory in the BOG.

“That Llyod Farebrother trophy victory is the lone one for Nasinu. We had the like of late Meli Tuqota, late Jone Naqiri, late Iosefo Vula, Eliki Lui, Abdul Manaan, Terry Waqaliti, Ronald Chaudhry and Tomu Vania in the team. We defeated Suva 1-0 in the final,” he said.