2019 BOG: Babasiga Lions through to the final 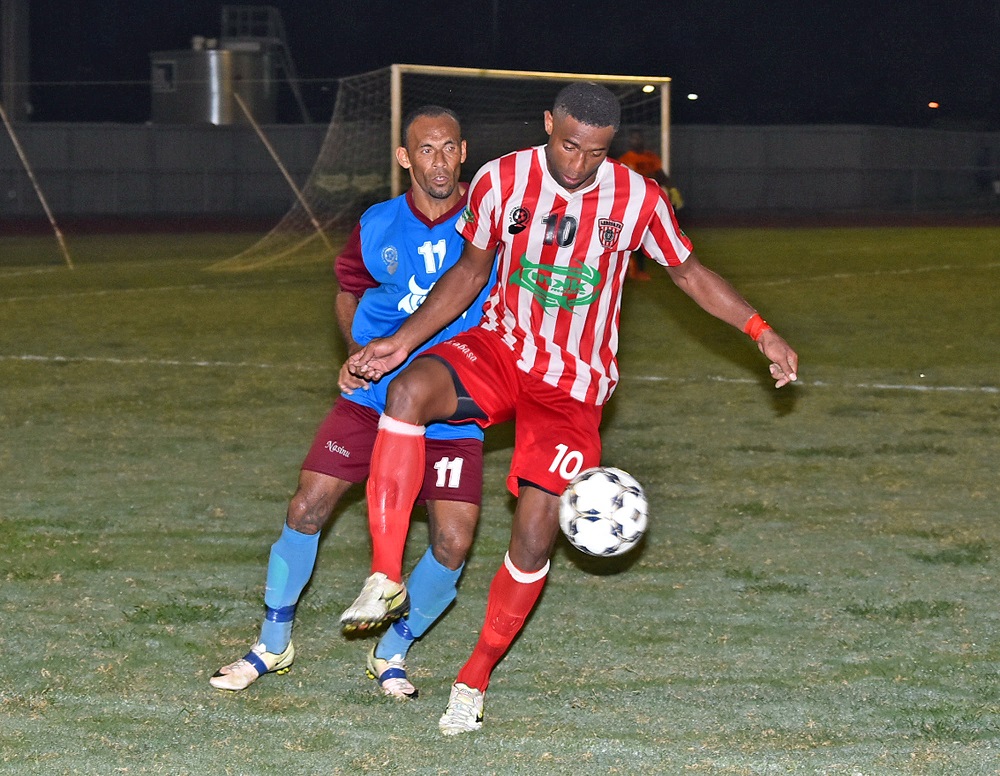 REPLACEMENT striker Ilisoni Lolaivalu scored a brace of goals to help Labasa oust Nasinu 3-0 at extra time during the Inkk Mobile Battle of the Giants semi-final at Churchill Park in Lautoka last night.

The win gave the Babasiga Lions their berth in today’s final.

It was left to the substitutes Lolaivalu and Solomon Islander Dennis Ifunaoa to get the ball past Nasinu goalkeeper Josaia Ratu, who played his heart out for the southerners despite receiving a head knock following two heavy falls during the match.

Ratu was examined by Dr Ronal Kumar for concussion, but he continued to finish the game.

Ifunaoa caught the Nasinu defenders off-guard on the right flank and drove the ball past the outstretched hands of Ratu in the 105th minute while Lolaivalu scored his double in the second extra spell.

Nasinu was reduced to 10 players after Luke Savu was red-carded in the first spell of extra time.

Labasa went into the match as the favourites, but was met by a very determined Nasinu outfit.

Nasinu coach Tagi Vonolagi said the red card cost them the game as their players were quite fatigued.

Meanwhile, Lautoka led Suva 2-1 in the second semifinal when this edition went to press last night.