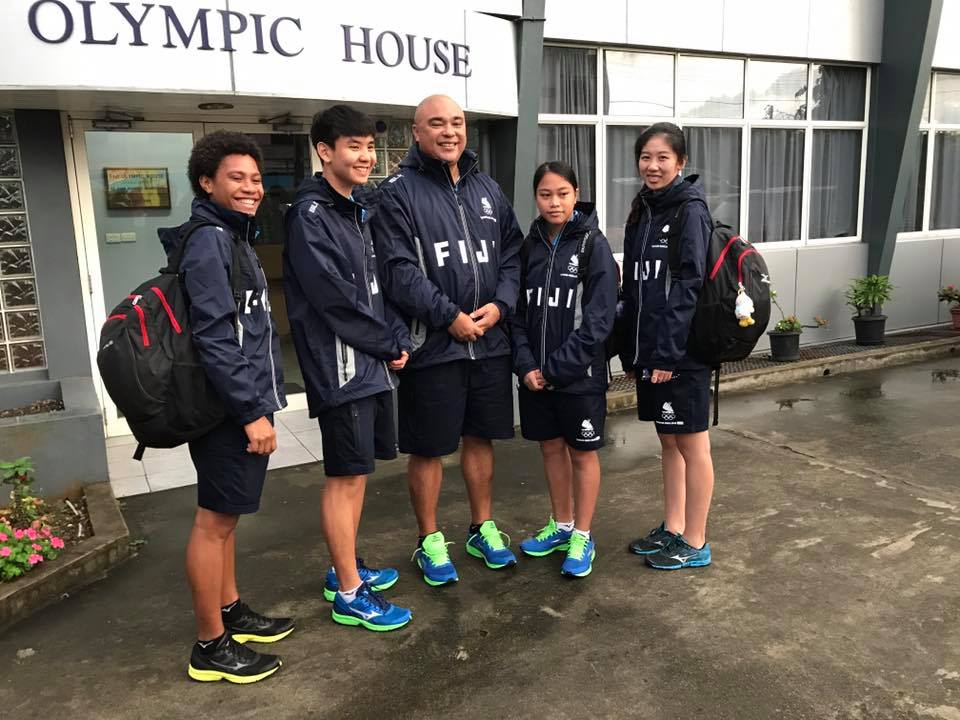 Team Fiji manager athletics Calvin Yee with some members of the contingent to the Youth Olympic Games in Argentina. Picture: SUPPLIED/FASANOC

MEMBERS of Team Fiji to the third Youth Olympic Games this year have arrived in Buenos Aires in Argentina.

The team arrived with Team Fiji chef de mission Tomasi Tiko on October 5, 2018, on the eve of the opening ceremony.

Tiko said the three young athletes were excited to compete as the team arrived two days before the badminton and table tennis competition.

He said the team needed to adjust their body clocks quickly to the time difference.

Tiko said this was a great opportunity for their athletes to be able to compete among the world’s best young athletes.

He said the Youth Olympic Games would truly inspire them and would expose them to the international level of competition.

She is the highest ranking athlete among her other two colleagues that make up Team Fiji.