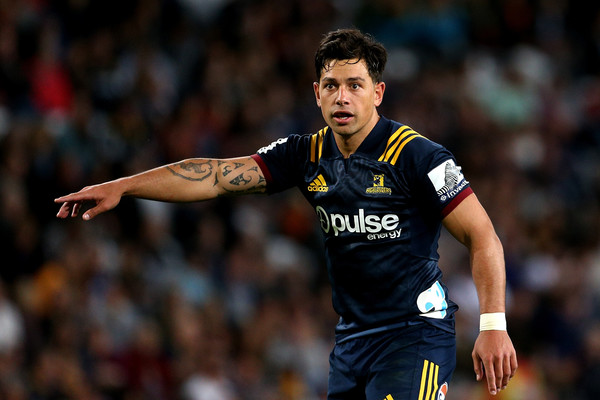 Rob Thompson of the Highlanders reacts during the round two Super Rugby match between the Highlanders and the Blues at Forsyth Barr Stadium on February 23, 2018, in Dunedin, New Zealand. Picture: ZIMBIO

THE Otago Highlanders will be hoping for another win when they play hosts to the Wellington Hurricanes at Forsyth Barr Stadium this weekend.
SANZAAR confirmed in a statement that Highlanders had won nine of their last 11 New Zealand derbies when playing as hosts, including wins in their last three such fixtures.
The statement said each of the Highlanders’ last eight games at home against the Hurricanes had been decided by a margin of seven points or fewer, though the Dunedin side had picked up just three wins in that span.
The Dunedin squad has won their last 11 games in succession at home; the last and only time they won more was a 13-game streak from 2000 to 2002.
However, the Hurricanes have conceded the fewest metres of any side this season, allowing their opponents just 348m with ball in hand, while they’ve also missed the fewest tackles of any side (19.6 per game).
Rob Thompson of the Highlanders has assisted six tries this season, the most of any non-half back; two of those assists have come via kicks.