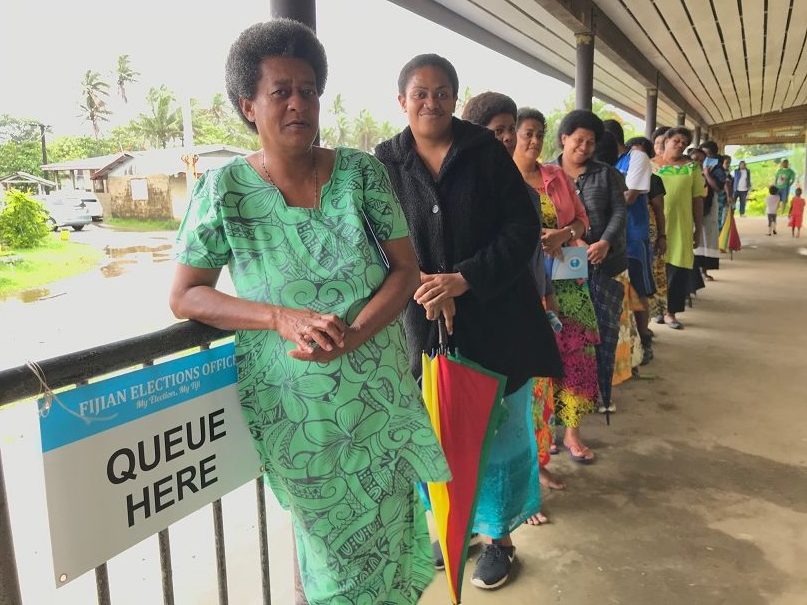 Voters turned up in numbers to vote this morning despite the bad weather and the lack of available transport at the Vunibau Village hall in Serua. Picture: JOVESA NAISUA

BY 11am this morning more than 100 voters had cast their votes at Vunibau Village community hall in Serua.

Some villagers had arrived as early as 6am to votes.

Vunibau Villager Jojiana Gavidi said she wanted to make a difference this year like many voters who were casting their votes today.

The 70-year-old said she was happy to vote for her candidate and thanked the Fiji Election Office team at Vunibau for a quick voting process.

There are still more than 200 voters still left to cast their votes at Vunibau today.