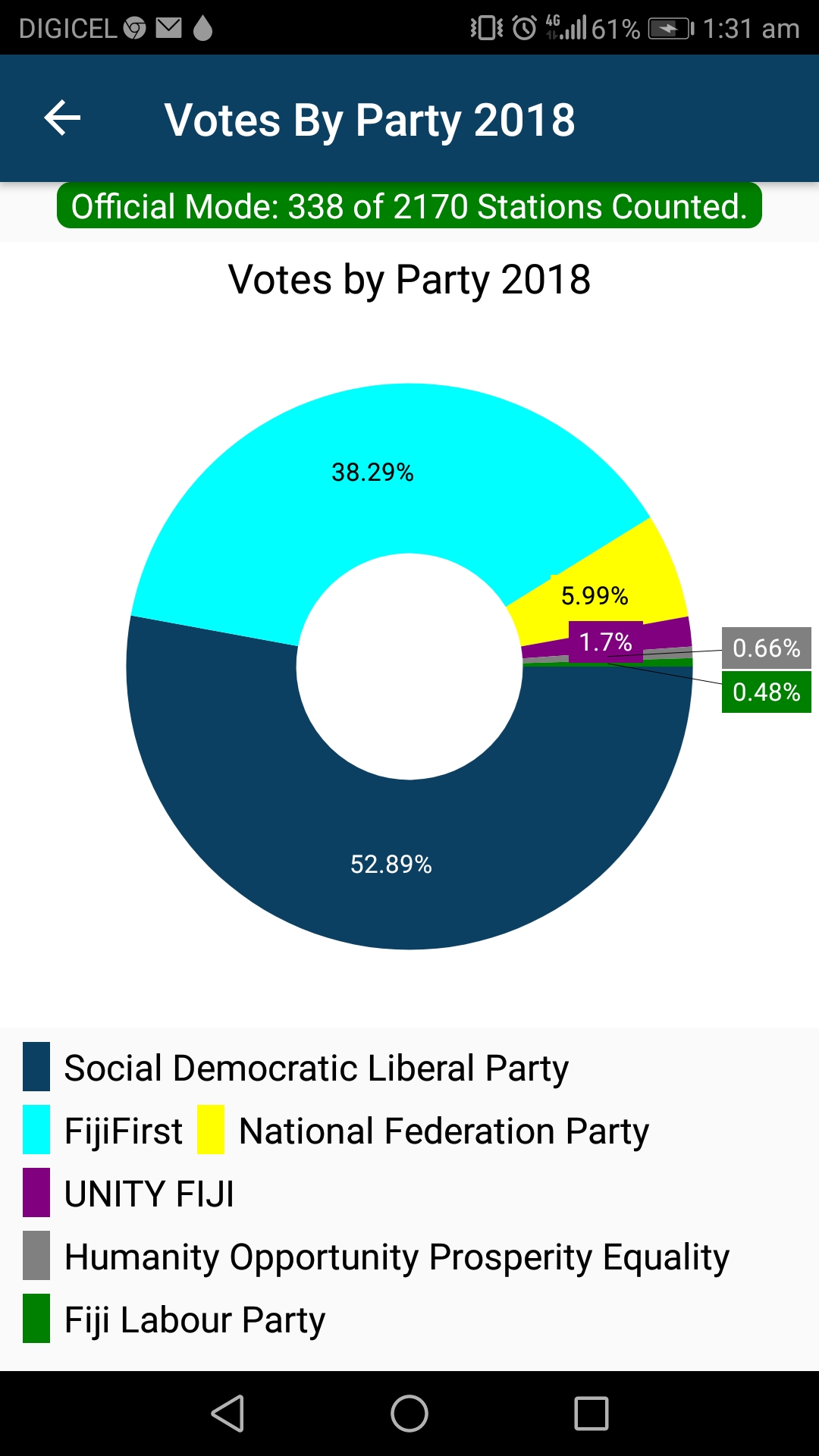 FINAL results from 338 polling stations have been released by the Fijian Elections Office with the Social Democratic Liberal Party (SODELPA) leading with 26,102 votes.

FijiFirst party are trailing behind in second place with 18,897 votes, National Federation Party in third place with 2956 votes while the Unity Fiji party is in fourth place polling a total of 839 votes.

HOPE party is in fifth place with 325 votes while the Fiji Labour Party has 235   votes.

In the top 10 are two FijiFirst candidates, seven SODELPA candidates and one NFP candidate.

The top 10 candidates from 338 polling stations:

Fijian Parliament: Opposition not going back in until Speaker receives grievances