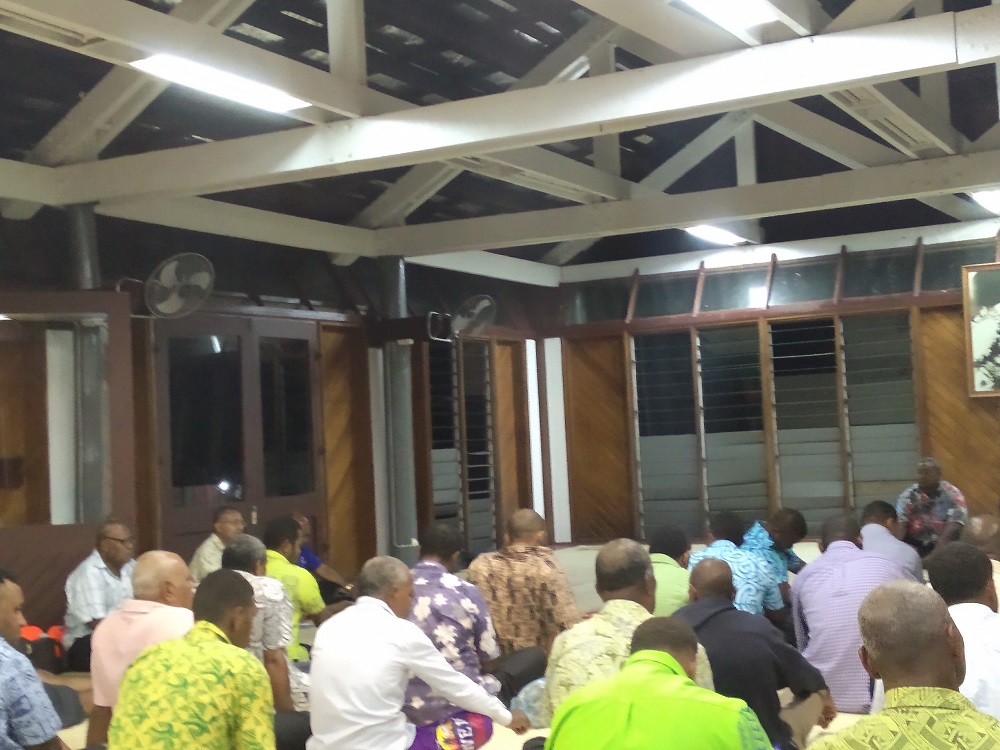 SOCIAL Democratic Liberal Party(SODELPA) candidate Jone Seniloli said the party intends to change a few laws when they get elected into government.

Mr Seniloli made the above remark in response to a question on whether it was possible for the party to bring back the Great Council of Chiefs (GCC) and make a few changes to Fiji’s laws.

Villagers on the island of Bau also acknowledged the party for visiting their island before they cast their vote this Wednesday.

Dozens of villagers are present at the Naulunivuaka (meeting place) on the chiefly island.

Mr Seniloli is also accompanied by the former general manager of the iTaukei Land Trust Board, Alipate Qetaki.