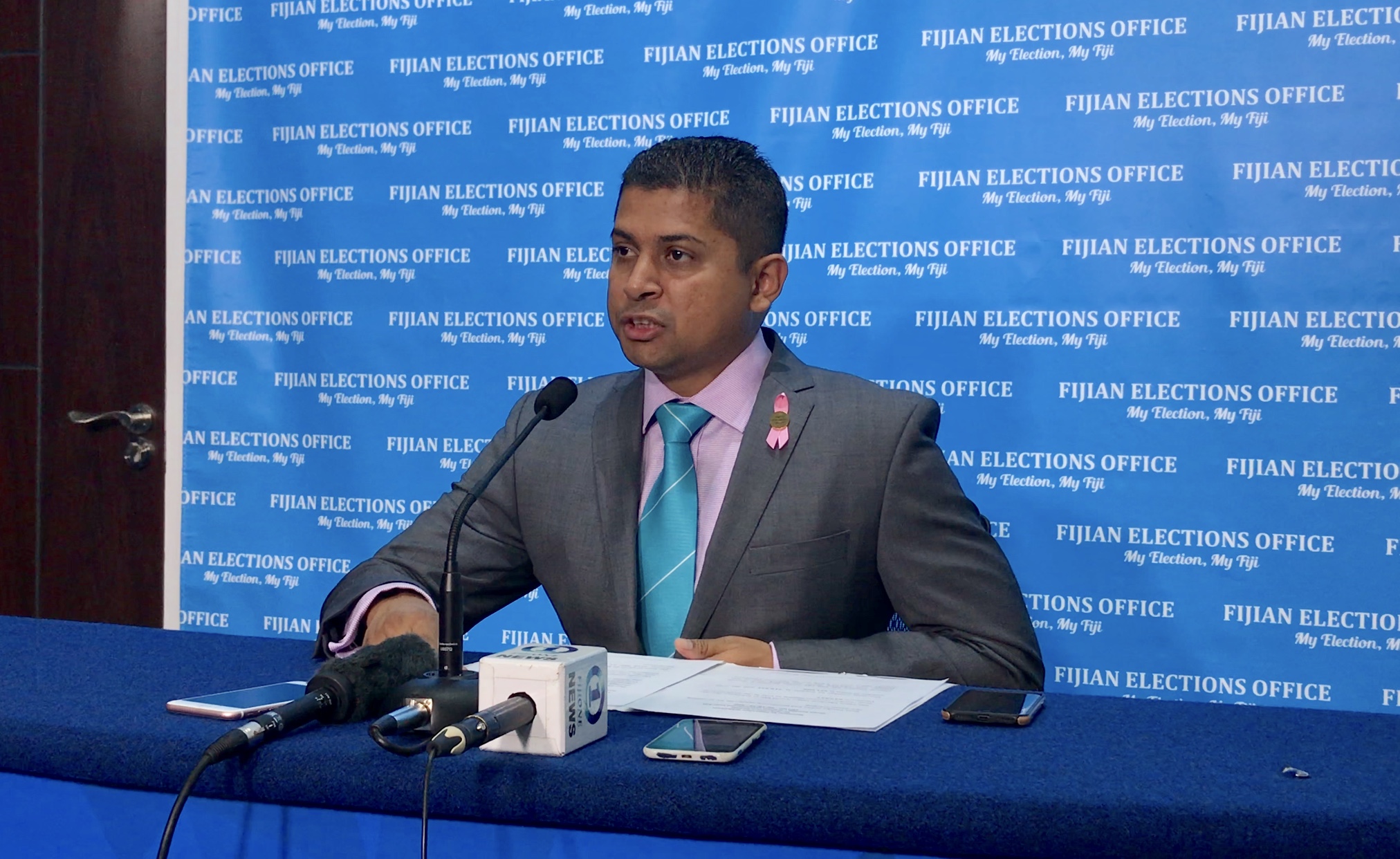 THE lowest voter turnout was at Nausori Technical College which was 43 per cent.

This was highlighted by the Supervisor of Elections Mohammed Saneem who stressed that some polling venues received a 78 per cent turn out.

Mr Saneem said the polling today has been very successful.

He said voters have till 6pm to cast their votes at these 22 polling stations.

Mr Saneem said the atmosphere at all polling stations were calm and peaceful and the police officers were present and polling staff were prepared for the voters.

The Fijian Elections Office has announced the official close of polls for the 2018 General Election at 6pm today.