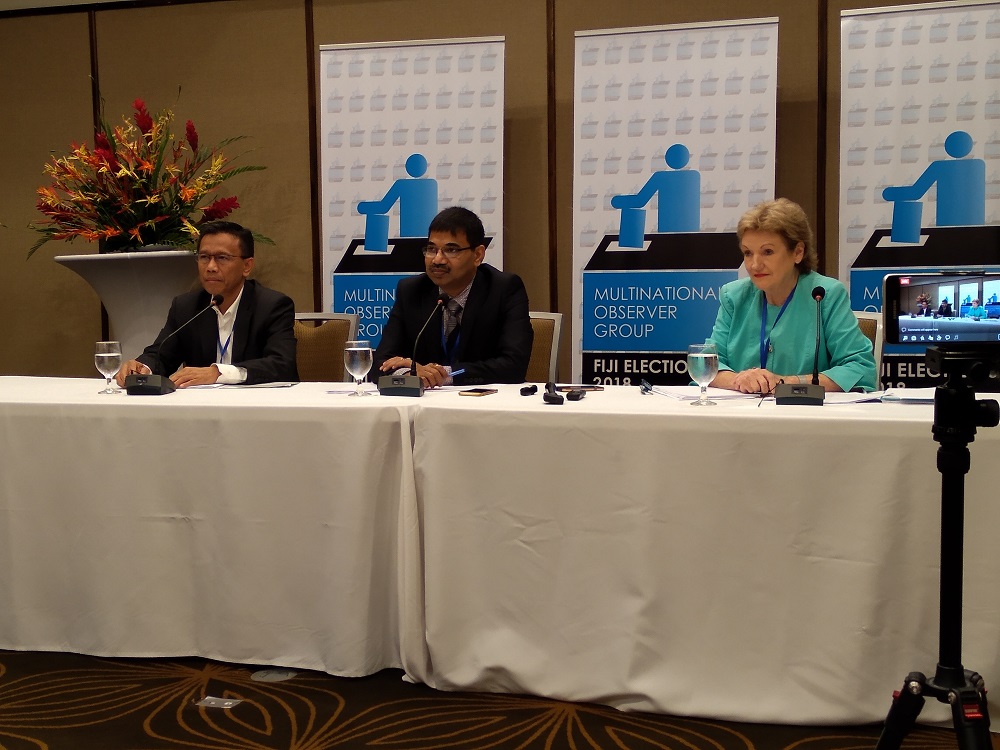 THE Multinational Observer Group (MOG) has commended voters for coming out again to exercise their democratic right to vote yesterday.

The MOG deployed several teams yesterday to observe voting and counting at polling venues where voting was adjourned on Election Day because of adverse weather, MOG co-chair Jane Prentice also commended the polling staff for their professionalism in these difficult circumstances, as they have had a very long week.

Ms Prentice said the MOG was committed to performing its roles in observing the voting and counting processes.

“It is important for us to observe voting and counting today, as we want our observations to be complete and thorough,” she said.

“This is what the Fijian people expect of us.”

Ms Prentice said the MOG would deliver a detailed final report following the conclusion of all electoral processes.

The report will look to make recommendations for improving the integrity and effectiveness of future elections.

Meanwhile, the MOG delivered an interim statement on their observations about the conduct of the 2018 General Election so far on Friday, in which the co-chairs highlighted that they were confident that Fijian voters were able to exercise their right to vote freely during pre-polling, postal voting and the Election Day voting.

“The MOG further assesses that electoral processes to date have been transparent and credible, and that outcomes are on track to reflect the will of Fijian voters,” the MOG stated in their interim statement.