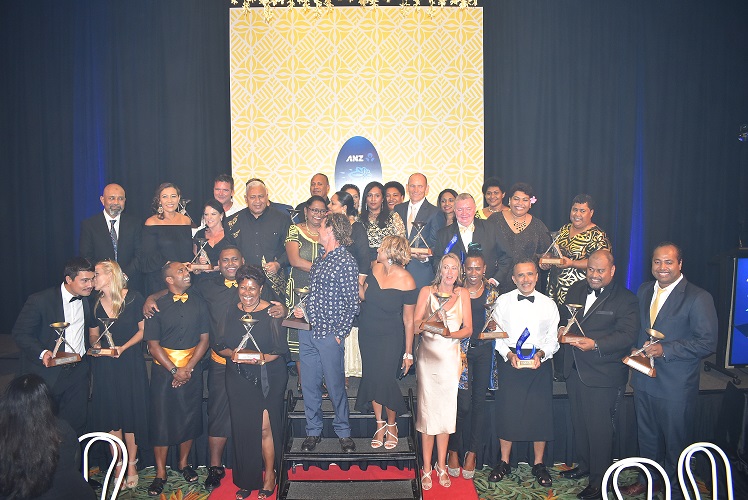 THE ANZ Fiji Excellence in Tourism Awards (FETA) has given the prestigious Lifetime Achievement award to two individuals – Michael Dennis and Bill Whiting – while the late Patrick ‘Paddy’ Doyle was given the Visionary Award.

FETA trustee Dixon Seeto said both Dennis and Whiting had contributed immensely towards the growth of the tourism industry.

Mr Seeto said the board of trustees also wanted to remember the late Paddy Doyle as a pioneer of Fiji’s tourism industry.

“Tonight we are giving the highest FETA accolade, the Lifetime Achievement award to two individuals who deserve to be recognised for their gigantic contribution towards tourism. Both Dennis and Whiting are mentors for our tourism leaders for the work they have done and for the work that they continue to do,” he said.

“The Visionary Award is deservingly given to the late Patrick ‘Paddy’ Doyle who was the first General Manager of the Fijian Resort. This award is given in his memory for his trail blazing work in tourism starting from the 1960s.”

Other individual awards were given to Britney Turaganikeli who was recognised as the Fiji Pride Champion, Akuila Batiweti is the Emerging Tourism Leader and Rosie Holidays Eroni Puamau received the Tourism Leader Award.

The Hall of Fame awards were given to Outrigger Fiji Beach Resort and Rosie Holidays.

Another big winner on the night was Vatuvara Private Islands scooping the Accommodation Luxury and Tourism Sustainability Awards.

Specialised Tourism Services and Support to the Industry went to Port Denarau, South Seas won the Transport and Tour Operators award and Ecotrax won the Visitor Attractions and Activity award.

Aquarius on the Beach

Specialised Tourism Services and Support to the Industry