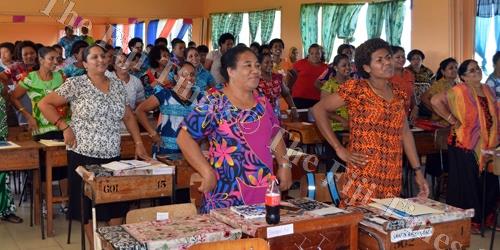 THE Fijian Teachers Association (FTA) is expecting a huge increase in the education budget when it is announced by the Attorney General and Minister for Economy, Aiyaz Sayed-Khaiyum tonight.
FTA general secretary Peni Delaibatiki said expectations of an increased budget was high based on last year’s allocation of $964.4million to the Ministry of Education, Heritage and Arts.
He said FTA expected tonight’s announcement to include salary increases for teachers, from early childhood to secondary school teachers.
“Last year’s budget did not meet the teachers’ demand for cost-of-living adjustments (COLA) payment and we hope that it will be met this year because the cost of living has increased significantly, making it extremely difficult to make ends meet for teachers,” Mr Delaibatiki said.
He also added the grievances of the members of the union included the contracts now given to teachers because they perceived it to be an arrangement that “did not provide them with security of employment”.