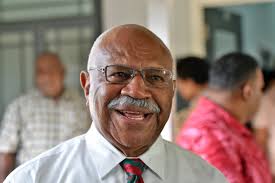 He claimed the budget gave a lot of false hope to ordinary Fijians.

“The practicality of and the effective implementation of the budget is questionable, and its long-term impacts will not be sustainable,” Mr Rabuka said.

If the Government really cared about the people, Mr Rabuka said, more assistance would go to our productive sectors to ensure our people were able to earn a decent living, off their sweat, rather than being taxed, and kept dependent on handouts while the rich get richer and the poor get poorer.

He said despite all the handouts and untargeted subsidies, people continued to struggle and were not helped to walk out of poverty and into productive livelihoods because of the handouts that have created a dependent mentality.

The former prime minister said it was common sense, that in times of plenty, we must consolidate and stabilise government finances to minimise the risks of our vulnerable position through prudent macroeconomic management and provide catalysts for private sector investment, rather than continue to take risks.