2000-plus Fijians to benefit from Nasalasala reservoir 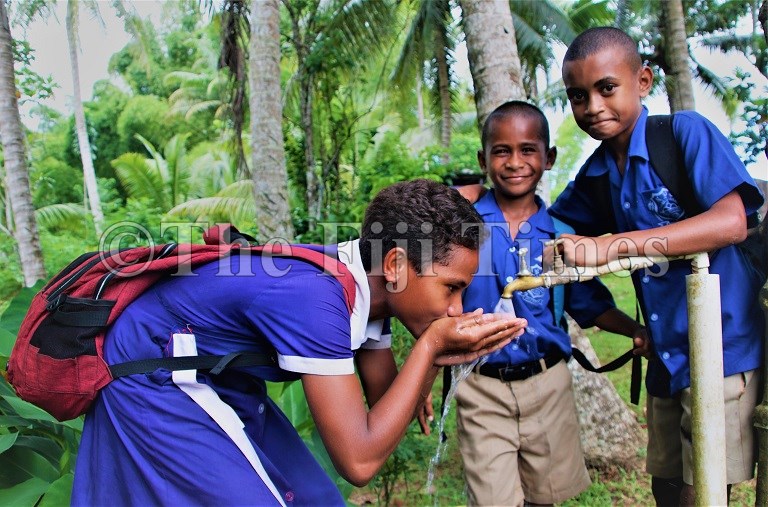 Students return to their home in Vatulovona to enjoy a drink of clean water. Picture: SUPPLIED/WAF

GETTING water from the Nasalasala creek in the North will be thing of the past for more than 2000 Fijians in Labasa after the newly constructed service reservoir in Nasalasala was recently commissioned by the Water Authority of Fiji (WAF).

According to WAF it took their ground teams about eight weeks to complete the construction of the reservoir.

“The ground teams last week conducted the final cutting and connecting of inlet and outlet at the newly operational 80,000-litre reservoir before the line was opened to service customers,” WAF said.

“The construction of the reservoir was an essential step for WAF to ensure there was a reduction of burst mains and blockages through service connections, usually caused by heavy rain in the area.

“WAF is now able to meet the demands of the increasing population in the areas that it supplies water to.

“The new water system also caters to three schools, a few shops and other farmers in the area.”

WAF would like to acknowledge the Commissioner North’s Office for funding a total of $60,000 for the construction of the Nasalasala Reservoir.