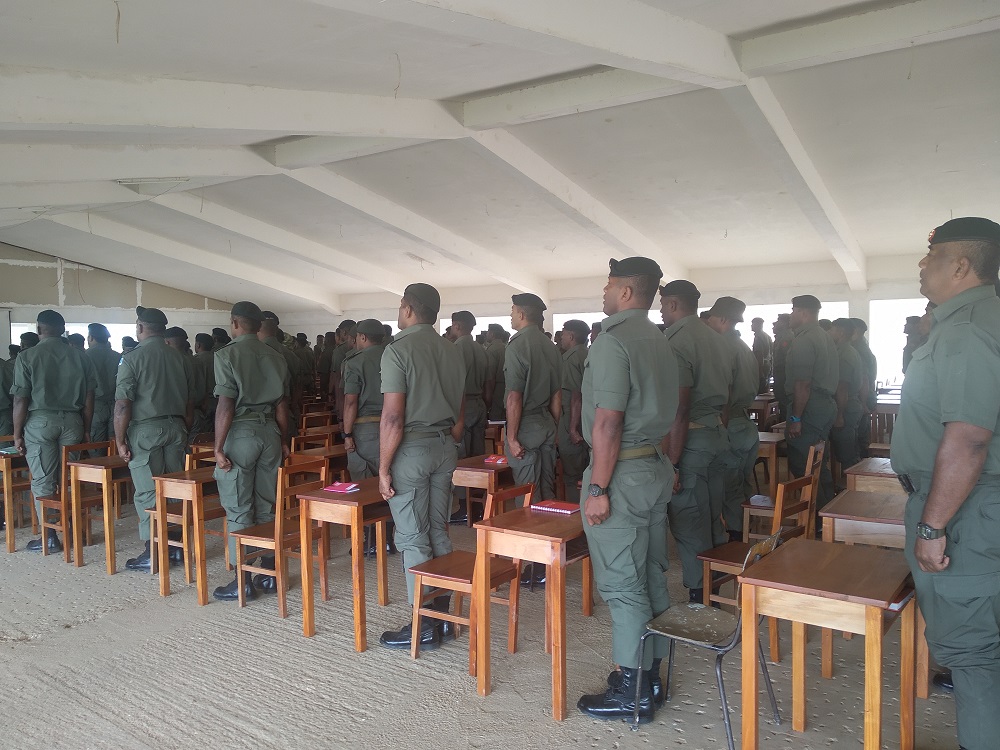 RFMF soldiers at Black Rock in Nadi today. A total of 168 troops will be deployed following a six week training. Picture: REPEKA NASIKO.

ONE hundred and sixty eight members of the Republic of the Fiji Military Forces marched into camp at Black Rock in Nadi this morning.

The soldiers will undergo an intensive six week pre-deployment training at Black Rock before being deployed for peacekeeping duties to the United Nations Assistance Mission to Iraq.

The troops were officially welcomed into camp by Chinese Ambassador to Fiji Qian Bo.

According to the RFMF, this is the largest deployment of troops that it has engaged for a UN Mission.