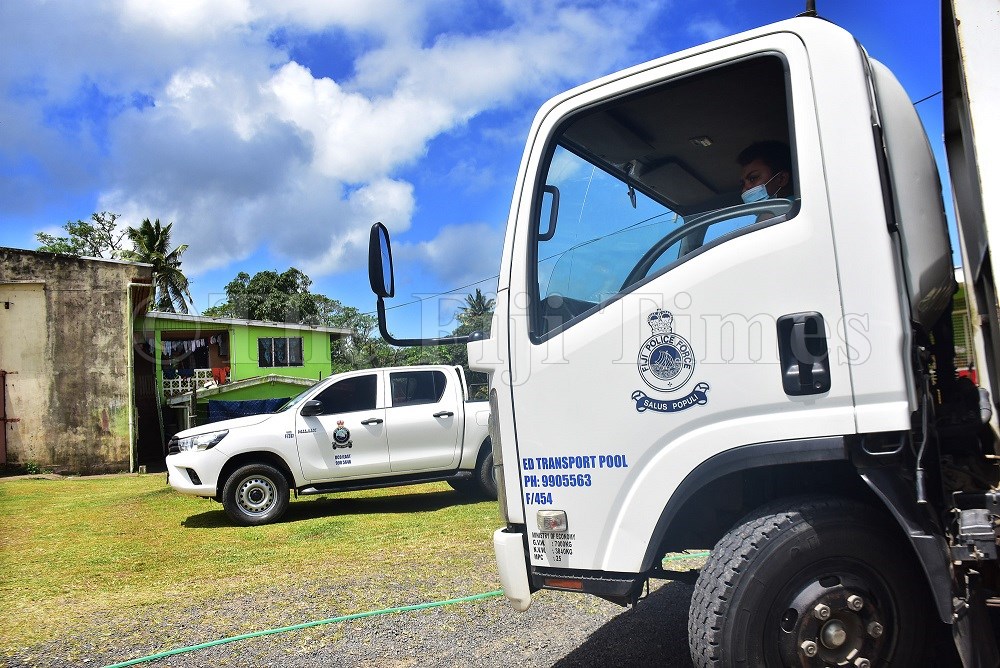 Police vehicles parked at the Ram Singh shop at Nakelo Landing after the brawl during the weekend. Picture: ATU RASEA

Fourteen men and two women are in police custody for their alleged involvement in a violent attack at Nakelo Landing in Tailevu earlier this week.

Police spokesperson, Ana Naisoro said investigations were continuing at this point to identify all the people involved.

“We are doing our best effort to ensure that we bring these people in for charges to be laid,” she said.

Witnesses said a group of more than 50 people approached the house and some of the men entered the premises, broke down the doors and assaulted three men living in the house.