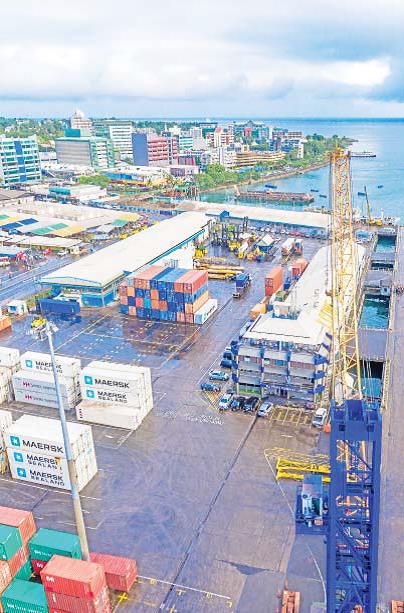 THE Fiji Ports Corporation Ltd paid a total dividend of $16.1 million from operating profits representing a 217 per cent increase from the previous year.

This was highlighted in the FPCL’s 2017 annual report which also mentioned that the dockage revenue for the company also increased by 15 per cent to $12.2m compared with $10.6m for the same period in 2016.

According to the annual report this increase was attributed to port efficiency and linked to the increased number of overseas vessels and vessels with larger gross register tonnage (GRT) visiting the port in 2017.

Meanwhile FPCL and its subsidiary recorded a 23 per cent increase in its marine service income whereby the income recorded in 2017 stood at $19.5m compared with $15.8m for the same period in 2016.

The increase in income for this section was attributed to the increase in overseas vessel numbers with bigger GRT visiting the ports.

It was highlighted that Lautoka Port recorded a decrease in the rental income when compared with 2016 because of the relinquishment of the tenancy for Shed 3 by the tenant in May, which had a monthly rent of $7253.53.