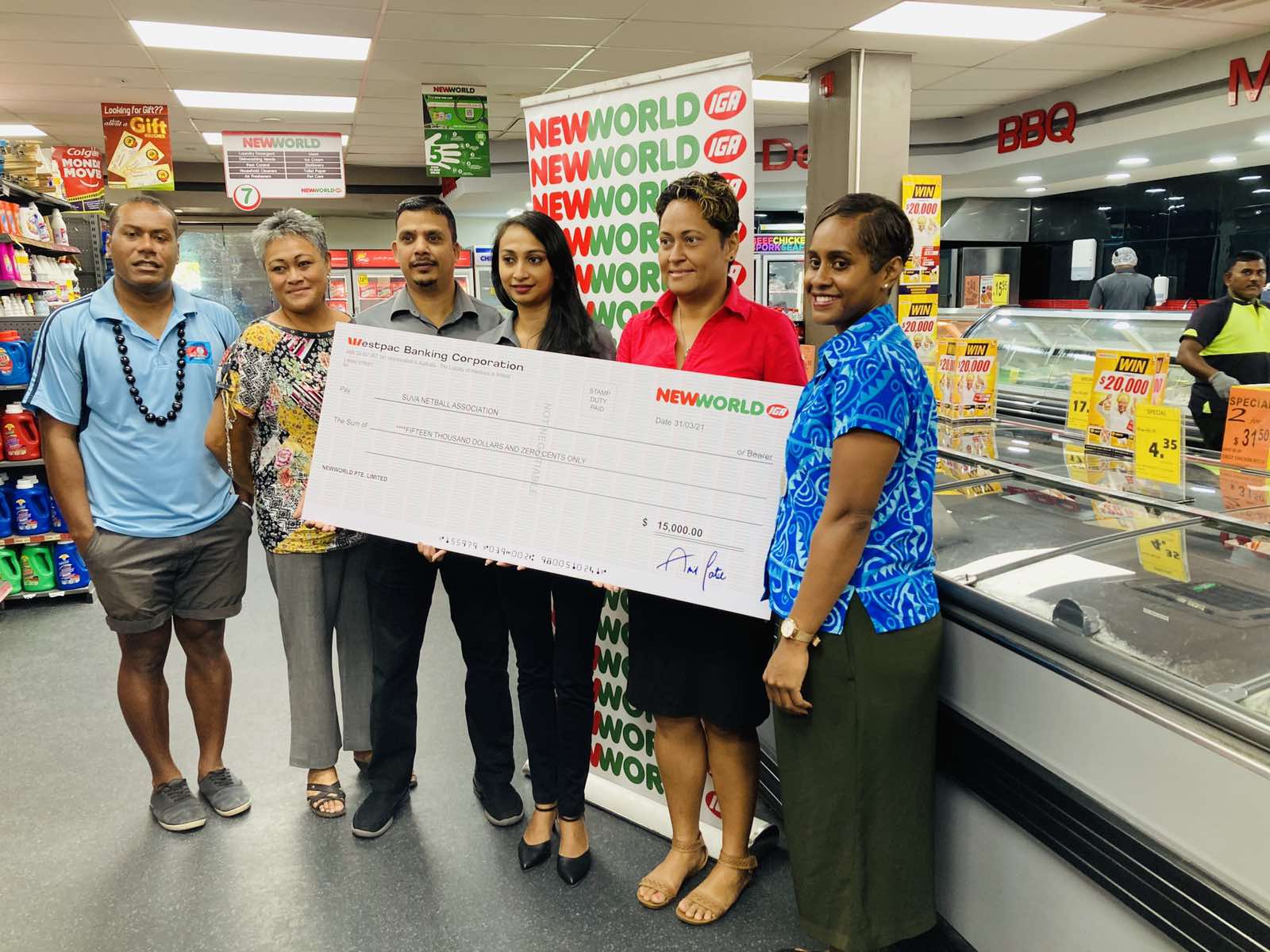 Suva Netball received a timely boost from their major sponsors New World IGA presenting them with a $15k cheque.

Presenting the cheque on behalf of New World, areas manager Maria Kumar said New World was grateful to be back to support the Suva Netball Association.

“Despite the pandemic last year, we decided to come back and as a business, the reason we came back is to empower these ladies who want to make their dreams come true,” Kumar said.

“Being part of this business, we need to ensure that we are part of their investment.

“Investing in these young talents that one day they’ll represent us in any international competition.”

Their opening knockout will be held this Saturday at the National Netball Centre.