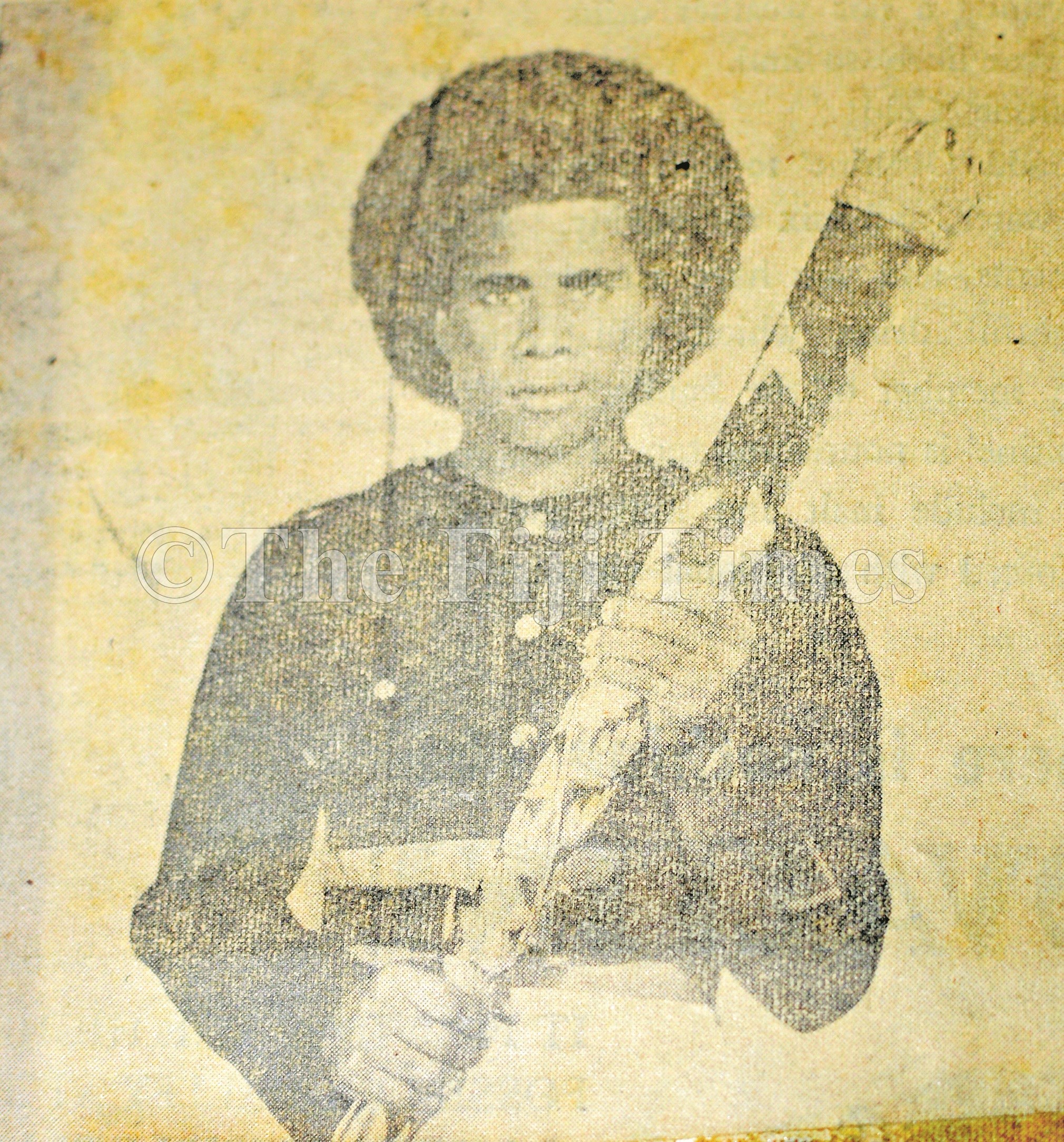 A police with the mace of the Legislative Council (now Parliament) which was given as a gift to Queen Victoria in 1874 by Cakobau. After being refashioned, the mace was returned to Fiji by King George V in 1932. Picture: FILE

The King Cakobau’s gift (war club) to Her Excellency the Queen was handed over to Commodore Goodenough by Mr Thurston.

(Note: The club was sent by Sir Hercules Robinson to England for presentation to Queen Victoria, who received it gladly and treasured in, placing it for safe keeping in Windsor Castle.

Fifty-eight years later (1932) it was graciously returned to Fiji by His Majesty King George V to become the mace of the Legislative Council of the Colony.

On the table lay the Deed of Cession and an exact copy, one of which was to be retained in Fiji and the other sent to England. The copy was now signed, for and on behalf of the King by his private secretary. Ratu Timoci signed for his brother Ratu Epeli, who was not present, Ratu Savenaca Naulivou, Ma’afu, Tui Dreketi, Katonivere Ritova, Ratu Kini and Nacagilevu followed. Tui Cakau was to have signed, but had not yet arrived.

His Excellency then signed both copies.

The party now moved to the verandah of the King’s room, His Excellency, taking his stand at the head of the steps, facing the flagstaff, with the King on his left; His Excellency Commodore Goodenough on his right.

Behind His Excellency were Mr Layard and Mr Innes. Ratu Josefa Celua stood behind the King, with Mr Thurston and Mr Ryder nearby. David Wilkinson stood at the King’s side, ready to interpret.

His Excellency then said to the assembled people:

“The legal forms for the transfer of the government of this country to the Queen have just been completed and will be made public in the course of a few hours. It now therefore remains for me to declare Fiji to be, from this time forth, a possession of the British Crown (loud cheers).

“I fervently trust that this important step will tend to develop the great nation and all capabilities of these beautiful and fertile islands and at the same time conduce largely to the contentment and happiness of all classes of the population.

“I hope too, that all past differences and disagreements will be forgotten, and that all local animosities will this day be buried at the foot of the staff on which we are now about to hoist the British flag”

The Kingdom of Viti flag was then lowered by Sub-lieutenant Elwyn of the H.M.S. Pearl, amid a respectful silence; and the Royal Standard of the United Kingdom of Great Britain and Ireland was hoisted in its place.

There was an outburst of cheering. The guard of honour presented arms, a salute of 21 guns was fired from the warships. The Pearl’s band played the national anthem and the marines fired a feu-de-joie (celebratory gunshot). Cheers were given for Her Majesty the Queen, and for His Excellency, her representative.

His Excellency then called for cheers for Cakobau, Vunivalu and Tui Viti, and for the Commissioners who had begun negotiations which had resulted in the cession.

The ceremony ended with general handshaking and congratulations.