150th anniversary: The rise of Bau 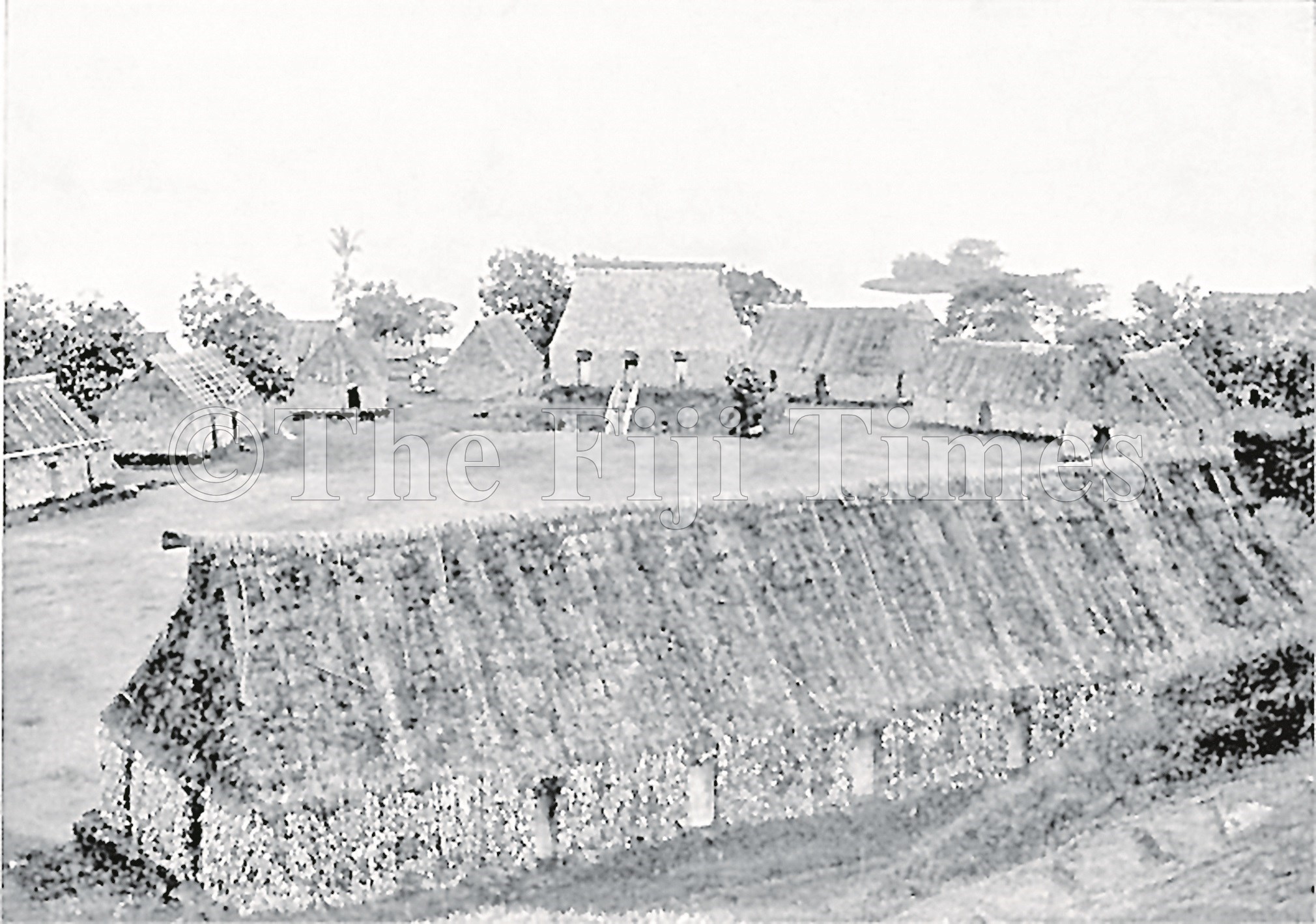 A photo of homes on Bau Island in 1908. Picture: WWW:COMMONS.WIKIMEDIA.COM

Below is the second half of an address by Governor Sir Ronald Garvey, which he read at a meeting of the Fiji Society on Monday October 21, 1957. The Governor recalls how Europeans had some influence over inter-yavusa warfare and how Cakobau rose to power. The speech was later published in The Fiji Times.

In about 1808, the American brig ‘Eliza’ was wrecked on a reef off Nairai in Lomaiviti.

Charles Savage, a Swede of much character and resource, escaped with a musket to Bau and gathering around him all other sailors from the wreck, assisted Bau in subduing all the coastal villages as far as Rewa until his death, at the hands of the Wailea people of Bua in 1813.

Bau may be said to have almost achieved the zenith of her power during the time of Ratu Naulivou, who died in about 1829. There seems to be no doubt that Naulivou was an able man.

Further, he had the good fortune to have first obtained the services of Savage, and later of other Europeans.

He increased Bau’s powers by a series of shrewd marriages with neighbouring powers.

In the course of time, news of her expanding power tempted broken tribes to flee to Bau for protection.

By the time of Naulivou’s death in 1829, the supremacy of Verata, including the important island of Viwa, were incorporated in Bau’s dominions.

The close relationship which existed through marriage between the chiefly families of Rewa and Bau led to the assistance given to Bau by Rewa in the form of large numbers of men.

Rewa was more powerful than Bau until about 1820 when she was split with internal factions.

Nevertheless, she remained friendly to Bau which influenced the north coast of Viti Levu as far as Ba, absorbed the islands of Lomaiviti, exercised normal suzerainty over Somosomo, the state then paramount over Eastern Vanua Levu, and which even joined with Rewa in prosecuting a war in the Lau group in defiance of the Tongan immigrants who dominated Tui Nayau.

Waterhouse, the missionary/historian, says that the Vunivalu of Bau and Roko tui Dreketi, were called “the two hot stones”, a designation implying that they could cook whom they would.

It was during this period that Ratu Seru, later to be called Cakobau, was born.

In about 1817, the younger brother of Ratu Naulivou, Ratu Tanoa, had a son who was called Seru and who, in his earliest years, grew up with Roko Tui Dreketi’s sons in Rewa.

He grew up in an atmosphere of indulgence to his slightest wish and he absorbed the spirit of strength and tyranny which characterised the chiefly family of Rewa.

Seru’s father, Ratu Tanoa, was installed as Vunivalu on the death of Ratu Naulivou in 1829.

Tanoa, it seems, had neither the ability not the personality of Naulivou and by 1832, his conduct had become insufferably bad in killing and eating men without provocation.

At least it was for these reasons, says the missionary Waterhouse, that a rebellion by some of the principal of Bau families arose.

Tanoa was absent in Levuka when he heard of the rising and he fled to Koro.

Namosimalua, the chief of Viwa, which was subject to Bau, was sent in pursuit.

He, however, warned Tanoa who escaped to Somosomo before his pursuing party could lay their hands on him.

Namosimalua returned to Bau and told of Tanoa’s escape, but his part in the escape was not made known.

The conspirators wanted him to maintain the government in its integrity and installed Ratu Tuiveikoso, a brother of Tanoa, as Vunivalu.