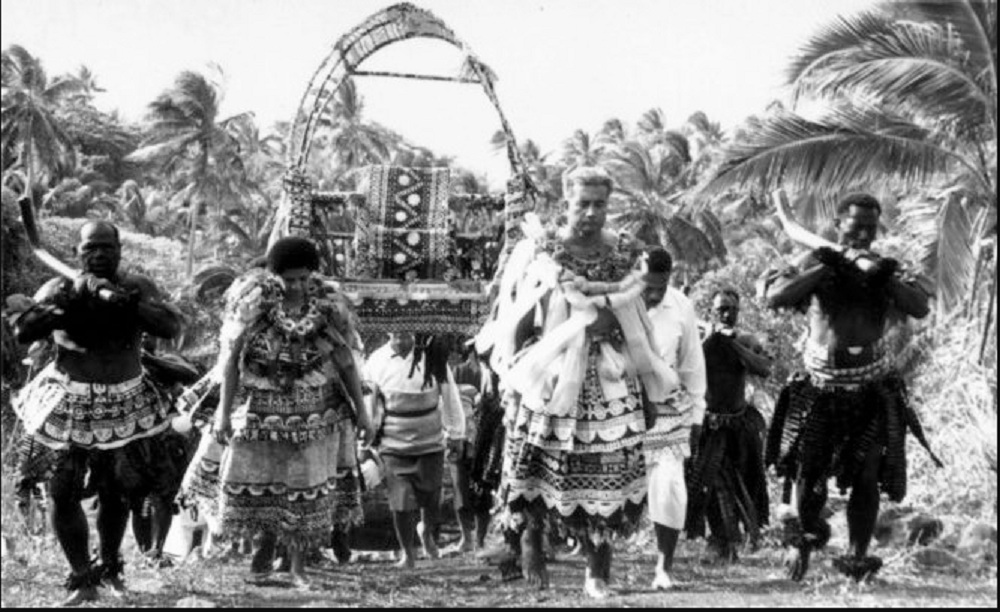 In 1962, the late Tui Nayau, Ratu Tevita Uluilakeba, wrote a letter to The Fiji Times describing in detail the circumstances surrounding the origin of the farewell song — Isa Lei.

It was in response to a claim by a Tongan noble honourable Tuivakano who told the New Zealand media the song was originally Tongan.

Ratu Tevita was the 12th Tui Nayau and Sau ni Vanua of the Lau Islands. He was the father of Ratu Sir Kamisese Mara.

Below is the reprint of the translated letter (which was written in iTaukei) and published in The Fiji Times in January, 1962: “In 1915, a Tongan chief, the honourable Sipu, Minister of Lands arrived at Suva for admission to the Colonial Hospital with Uga an Assistant Medical Practitioner attending to him.

At the same time a Sergeant Taitusi of the Tongan Police had brought in a prisoner who had been sentenced to two years imprisonment by the Tongan Court for larceny at BP’s store there and was to be admitted to the Suva jail.

These two, Uga and Sergeant Taitusi, were the people who brought to Fiji the Tongan song Si Lile Viola Lose Hina with which I fell in love after hearing it sung by them at our yaqona parties.

I asked them who had composed the tune and they said it was a man named Paula. They never mentioned Tui Vakano or anybody else in Tonga.

I heard it broadcast by ZCO Nuku’alofa some time in 1961 that Tui Vakano said I had borrowed the song from him. I can only say that I know nothing about that, nor did I know this Tui Vakano, let alone talk to him or borrow anything from him.

I was in Tonga during November and December last year when an elderly man who was hard of hearing came over and presented a sevusevu to me.

They said it was Tui Vakano, but that day he did not mention anything about my borrowing a tune from him, nor anything else about any song.

It was the first time I had seen him.

But when he alleged in New Zealand that a Fijian had “borrowed the tune from him”, I only wish I had been there at the time to correct him.

I wish to make it widely known through The Fiji Times that what Tui Vakano said was a mistake. Perhaps there is envy in Tonga over the popularity of Isa Lei.

Their own song has never travelled like the old Fijian canoe Isa Lei, which has sailed across the great oceans of the world and is still sailing briskly.

Though it has been said that I asked Inoke Sateki to translate the song into the Fijian Isa Lei, I will say that I did not ask Inoke Sateki to write me a song or tune, either when he was in the Lands Department here in Fiji or after he had gone back to Tonga.

Once Mr C. Joske (later Mr Brewster) asked me if I could write for him the music of Isa Lei, but I said I did not know how to write music.

When he further asked how I composed Isa Lei, I replied that I did it merely by trying hard to learn thoroughly the music as sung by Uga and Sergeant Taitusi and then writing the Fijian words as a song of farewell to them.

I then wrote to Alo, Inoke Sateki’s elder brother, asking him to send me the music of Si Lile Viola Lise Hina because I knew him to be a qualified musician and bandmaster.

He wrote the tune in the Tongan scale, which I sent in to Ulaiasi Vosabalavu at Suva to transpose into the international scale, but Vosa lost the notes before doing anything about it.

At the time I asked for the music from Alo, Isa Lei had been sailing in Fijian waters for over 10 years.

That was probably how Prince Tungi was told by mistake that I had asked Inoke Sateki, Alo’s brother, to translate the Tongan song into the Fijian Isa Lei.

But, as I had said before, I never borrowed anything from Inoke Sateki.

If he were still alive he would have given a true account of  the whole matter and would never have supported a false report.”