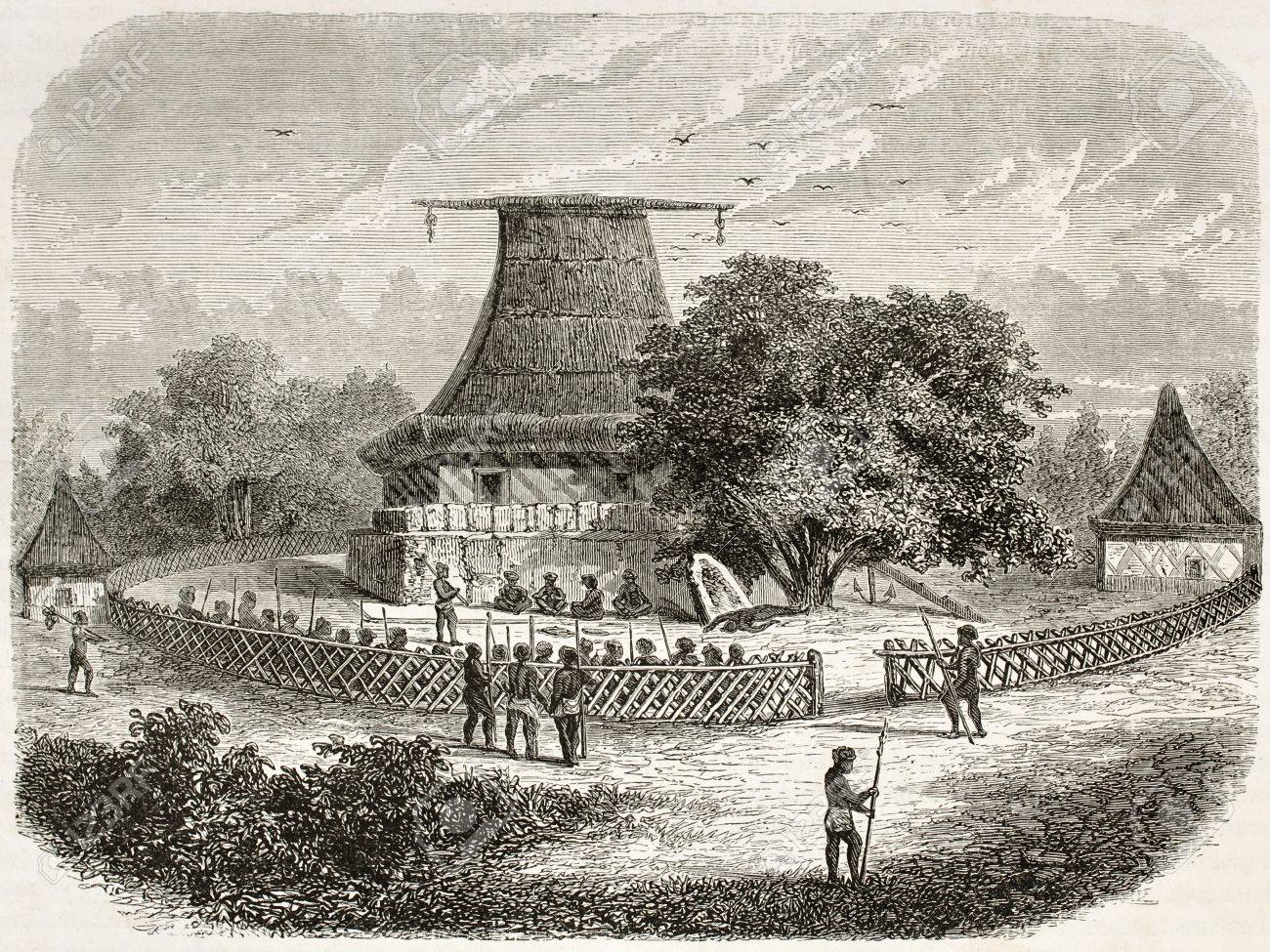 Commodore James Goodenough’s journals contained events on Fiji from more than 100 years ago. Above is an illustration of a bure kalou or spirit house in Fiji created by De Bar published on le Tuou du Monde, Paris in 1860. Picture: https://www.123rf.com/photo

HISTORIC journals relating to Fiji more than 150 years ago are preserved at the Mitchell Library in Sydney, Australia, The Fiji Times reported.

On January 4, 1964, The Fiji Times revealed the journals belonged to Commodore James Graham Goodenough, who played an influential role in the events leading up to the cession of Fiji to Great Britain in 1874.

The journals filled nine volumes and dated back to May, 1854.

There was one volume which dealt extensively on Fiji from the period 1873 to August 1875.

The journals ended in August, 1875 — the month he died after being murdered by islanders at Graciosa Bay in the Solomon Islands.

“Extracts from journals from 1873 to 1875 were later published by his widow, but all references to the commodore’s political activities in Fiji were omitted from the published version,” this newspaper reported.

The journals were initially lost to the family until 1959 when it was discovered in the London home of Commodore Goodenough’s granddaughter, Cecilia Goodenough.

The documents were later examined by a Mr McIntyre of Nottingham University, who wrote about it in an article published in a historical journal.

This article was picked up by the then Fiji government archivist, Mr Diamond, in Suva.

Mr Diamond immediately wrote to the principal librarian of Mitchell Library to request if Ms Goodenough would be kind enough to donate the journals to the library for safekeeping and use.

Ms Goodenough not only agreed to give the journals but included other papers of her grandfather which had been found with them.

The Fiji Times added a complete microfilm copy of the journals and papers were made for the Fiji National Archives at the library’s expense.

“People in Fiji would find the journals most fascinating as they describe life in Fiji just before and after Cession,” describes The Fiji Times.

“In view of the results which followed from Commodore Goodenough’s visit and report, his journals will be of great interest to students of this period in Fiji’s political history. The journal entries are long and detailed and are expected to throw much new light on the events which occurred during his visit.”

A street in Suva is dedicated to Commodore Goodenough.