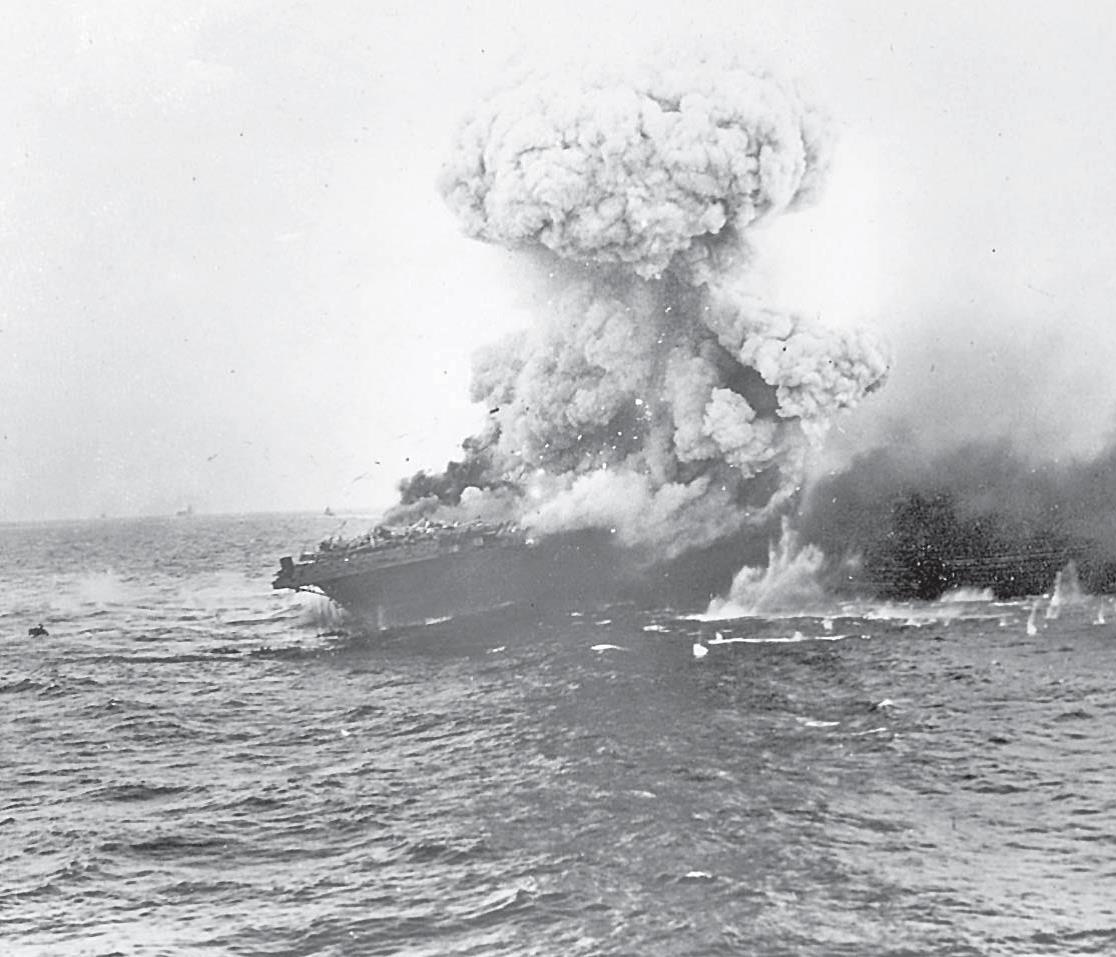 A mushroom cloud rises after a heavy explosion on board the US Navy aircraft carrier USS Lexington (CV-2) on May 8, 1942. The American fl eet that took part in this battle against the Japanese made a brief stop in Suva, Fiji, in the 1940s. Picture: WIKIPEDIA

GLIMPSES of the old Fiji were shared at the Lautoka Lion’s anniversary dinner on Saturday, April 28, 1973.

Speaking at the event was the late Sir Leonard Usher, former mayor of Suva and the executive director of The Fiji Times and Herald Ltd.

He said before Nadi became a site for an international airport, there was a long drawn out battle in the columns of The Fiji Times over the sitting of the airport between Mr Gerry Adams, Lautoka’s second mayor, and business tycoon Mr Harold Gatty. Mr Gatty had wanted it in Suva.

At one stage plans were drawn up to build the airport on the Laucala Bay foreshore, with the runway running into the sea.

But the cost was prohibitive and the authorities decided to build it in Nadi.

Mr Usher said while teaching at the old Western Provincial School at Namaka, he had to keep a record of the temperature, rainfall and cloud conditions.

He said these were later sent to New Zealand and were computed to decide that weather conditions at Nadi were suitable for international air traffic.

The contract for the airport was written on an envelope, he said.

It contained simply a cross sign, with figures 250,000 pounds, sterling and the signature of Mr Walter Nash, who was then New Zealand’s Finance Minister.

When Mr Usher arrived in Fiji to teach at Levuka Public School in 1930, roads were few. Kings Road was then under construction.

Mr Usher was one of the first passengers in the original Fiji Airways piloted by Captain Gordon Fenton and running a service between Suva and Levuka.

He told of a risky landing when the engine switch jammed and the pilot could not switch off the motor.

“Bus services had just started in 1935,” he shared. “I travelled with all sorts of passengers, once with a goat.”

“Tui Johnson once told me of a time when he travelled with a corpse. They propped the body against the seat and drove off.”

Mr Usher said one morning just before World War II; a Mr Charles Carne was driving along when he saw the entire American fleet in Momi Bay, north-west of Sigatoka.

This armada later fought the battle of the Coral Sea described as one of the most important battles in history.

It was fought between May 4–8, 1942, between the Imperial Japanese Navy (IJN) and naval and air forces from the United States and Australia.

The battle is historically significant as the first action in which aircraft carriers engaged each other, as well as the first in which the opposing ships neither sighted nor fired directly upon one another.

While the battle was considered a draw, it was an important turning point in the war in the Pacific because for the first time, the Allies had stopped the Japanese advance.