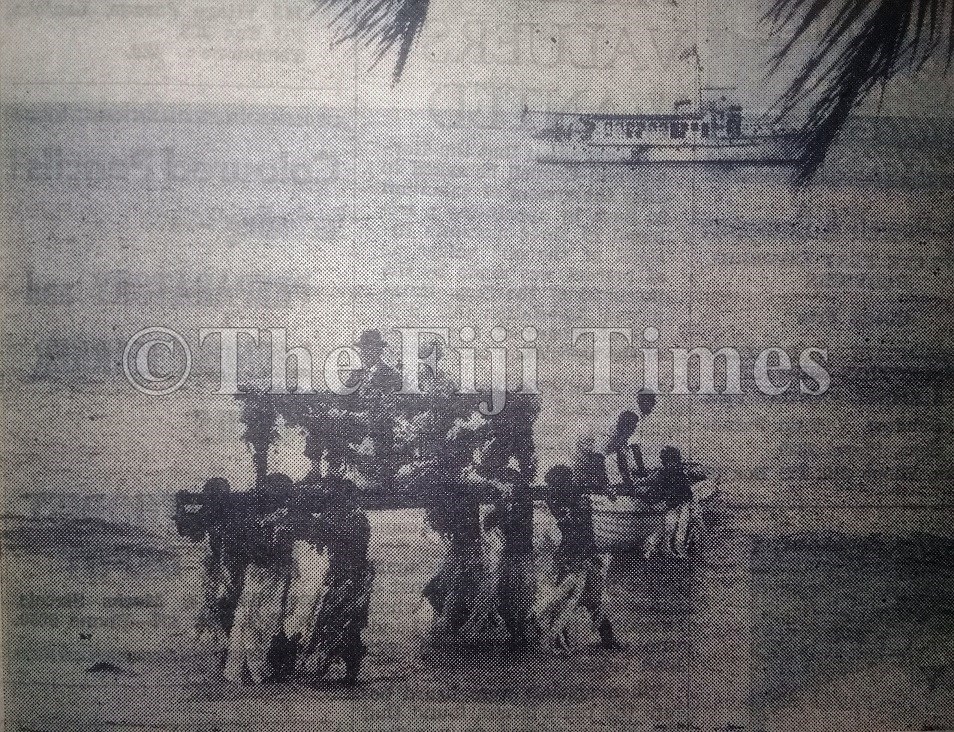 The then Governor of Colonial Fiji, Kenneth Maddocks and his wife being carried on the shoulders of Fijians in a welcome ceremony. The Moscow newspaper Izvestia later reproduced the picture from the Sunday Express and distorted the whole meaning of the Fijian custom. Picture: ROB WRIGHT, PRO.

WHO knew fake news were an age-old problem?

On March 11, 1962, the London based Sunday Express published a big reproduction of a picture showing the Governor of Fiji, Sir Kenneth Maddocks, and Lady Maddocks, being carried to an island shore on a flower-decked platform, with the writing Ra Marama in the background.

The bearers were four stalwart Fijians of Kia Island. Some publicity-minded people in Fiji may have regarded the publication of the picture as a superlative advertisement for Fiji.

But no one thought the picture could ever be warped and misrepresented.

A Russian newspaper Izvestia later published the picture under a big headline: “A Hearse for Colonialists”.

On April 8, 1962, the Sunday Express reproduced the picture and part of the page of Izvestia with the comment: “Izvestia makes propaganda cut of an old Fijian custom”.

“The manner in which it did so indicates the willingness with which the Russians seize on any and every opportunity to make anti-Western propaganda.”

The Izvestia in turn responded with dry humour: “You see from the picture that six Fijians are carrying a trestle on which the Governor and his wife are sitting as if in their own limousine.

“The picture in the bourgeois Sunday Express is highly symbolic … It is a highly respectable paper. Its proprietor is Lord Beaverbrook. Many articles have appeared in the columns of this paper, describing Britain’s benevolent rule in the Colonies.

This time the Sunday Express did not hesitate to describe the Fiji Islands as a paradise on earth — but, having shown its readers this picture, the paper did not notice that it had contradicted itself.

“Let us agree that in old times the feudal lords used to sit on the shoulders of their slaves. But why should a British governor, a twenty-century man, certainly an educated man, why should he pose like this before the cameras, and why should a large British newspaper show this picture to millions of its readers?

“The day will come when the trestle carried on the shoulders of Fiji people will turn into hearse for British colonialists.”