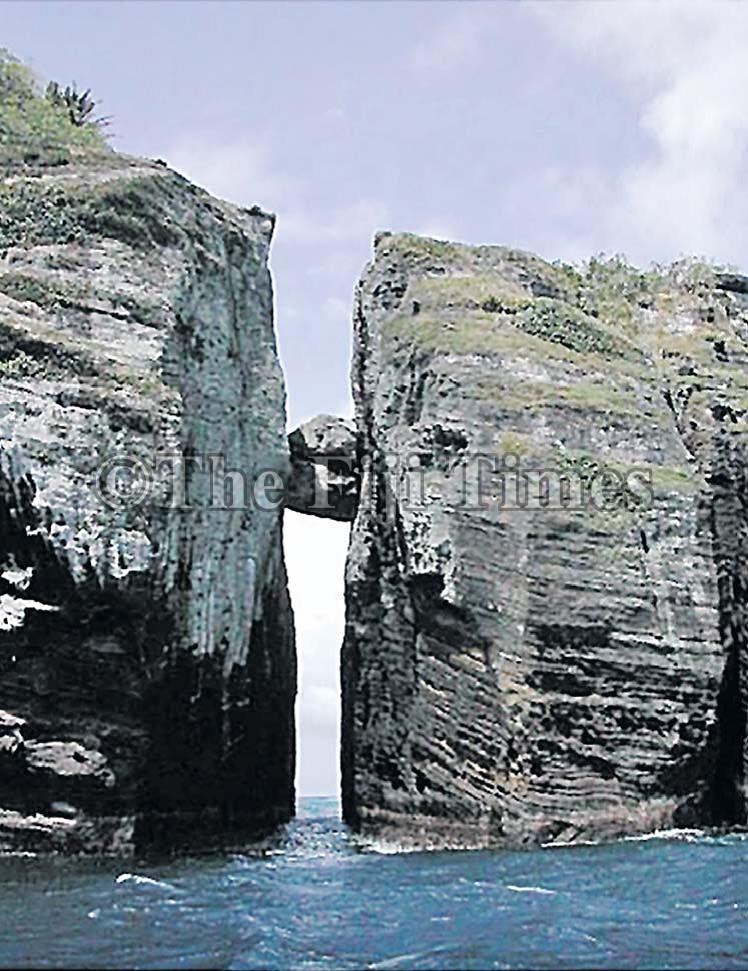 Hofl iua, or Split Island features in some of the early history of Rotuma. In 1780 a raiding party from the Solomon Islands hid behind the island by day and at night entered the nearby village of Losa, where they attacked the inhabitants. The raiders were later ambushed and either killed or captured. Picture: FIJI MARINAS

ON May 13, 1967, The Fiji Times reported the people of Rotuma marking their 86th anniversary of its cession.

Rotuma was ceded to Queen Victoria on May 13, 1881 — seven years after Fiji was ceded.

But events which culminated in Rotuma’s cession began long before 1881, according to The Fiji Times. Following a war between Rotuman Catholic and Wesleyan factions on Rotuma — in which the Catholics were defeated — the Wesleyans wrote to Fiji begging the Governor for Rotuma to be annexed by Britain.

They feared that because they had defeated the Catholics, who were under French influence, France might annex Rotuma.

Plans were made to include Rotuma in Fiji’s boundaries before Fiji’s Cession in 1874. However, owing to the misreading of a cable to the Governor of Fiji, Rotuma was not included within the boundaries.

Five years after Fiji’s cession, Lieutenant Commander G Bower was commissioned in July, 1879 by Sir Arthur Gordon, then Governor of Fiji, to investigate Rotuma’s request and report on conditions there.

Two years after the visit, on May 13, 1881, the British flag was hoisted in the village of Motusa in the presence of Sir William des Voeux, the Governor of Fiji, and high chiefs of the seven ituu (districts of Rotuma).

For the celebration of the anniversary of cession, Rotuma had three days of public holidays: May 11, 12 and 13.

The program included the first Miss Rotuma competition ever held on the island.