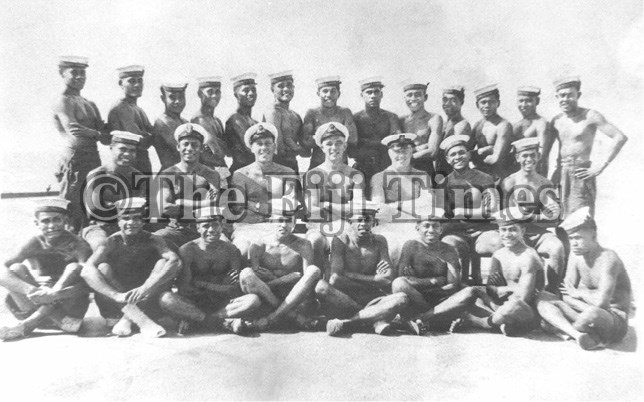 ON July 11, 1957, about 300 Fijians were at the Suva wharves to welcome home the Fiji Royal Naval Volunteer Reserve (FRNVR) men who had returned on board the frigate HMNZS Rotoiti and the HMNZS Pukaki from Christmas Island.

This newspaper, on July 12, reported that the men had been away for about three-and-a-half months for extensive sea training on board the aircraft carrier HMS Warrior and that they had witnessed one of the biggest H-bomb test ever to be conducted by Britain as part of Operation Grapple (a four series of British nuclear weapons test of early atomic bombs and hydrogen bombs) carried out in 1957.

The men were on board the aircraft carrier during the H-bomb explosions and had witnessed the H-bombing. According to BBC News on May 15, 1957, Britain had exploded its first hydrogen bomb as part of a series of tests in the Pacific.

The test was carried out at high altitude over the largely uninhabited Christmas Island to minimise nuclear fall-out — the island on which the FRNVR had conducted their training.

The test, according to BBC News, was the most important range of tests carried out by Britain, developed with limited resources and in a remarkably short space of time.

Scientists, according to BBC News, had taken two years to develop the tests compared with their American counterparts who took seven years before testing their first device.

The bomb was dropped by a four-engine jet, Valiant of No 49 Squadron RAF Bomber Command, normally based at RAF Wittering, Northants.

The story of these Fijian men witnessing the H-bomb test wasn’t the high point of the day as reported by the newspaper but their arrival to Suva was.

Proudly bearing caps with HMS Warrior hatbands on them, as reported by the newspaper, the FRNVR men were smartly dressed with white shorts and jackets and black stockings and shoes.

As the ships approached their berths, the Fijian ratings sprang into action, handling the mooring ropes with seaman-like deftness.

At 2pm the report highlighted that the entire party had paraded on the after deck of the Rotoiti and were inspected by Ratu Sir Lala Sukuna who had welcomed the men home.

The men had disembarked at 2.30pm, then they had their first opportunity to meet relatives visiting them on the wharf.

A B Sam Pickering, a salesman in Suva, said he was happy to be back.

“I’m anxious to get back to my normal life and my job” he said. Also happy to be home was S Andrew Miller of Suva and Aminiasi who was a clerk in Suva.

“I’m happy but my complexion has gone darker from the sun in the Christmas Island area,” Aminiasi said.

The parade was led by petty officer Inoke Bainimarama.