1500-plus goat farms registered in Fiji 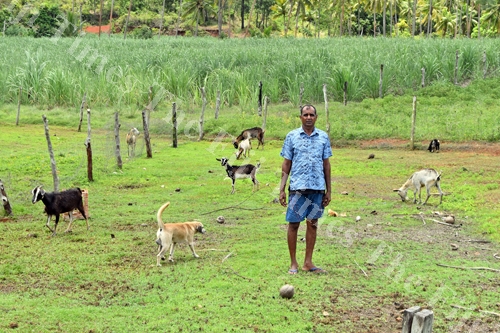 A TOTAL of 1541 goat farms are now registered in Fiji.

Minister for Agriculture Dr Mahendra Reddy said rising preferences by both Fijians and tourists for sheep and goat meat had spurred market opportunities for Fijian farmers to invest in, as the import value for sheep meat now sat at over $40million and at $970,000 for goat meat.

While opening a project-planning workshop on improving small ruminant production and supply for Fiji and Samoa, Mr Reddy also attributed this preference to the growing population and urbanisation acquiring more animal protein source.

“Sheep and goat farming is one of the major livestock commodities in Fiji in terms of its economical and social importance,” he said at the Nadi workshop, organised by the Australian Centre for International Agricultural Research (ACIAR).

“The sheep and goat farming in Fiji is not only targeted for food security, however, it actually acts as an income security especially for insurance to many farmers in Fiji for their daily cash flows. For the majority of the small ruminant farmers, the goat and sheep farming start as a hobby but eventually it ends up with fulfilling the local market demands, especially during festive seasons.”