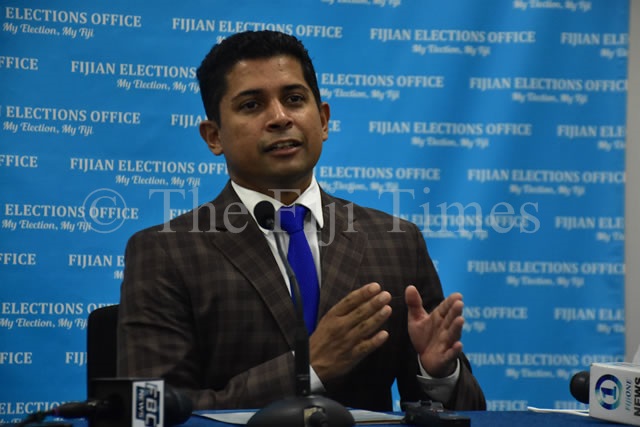 A total of 1437 polling venues will be used for the 2022 General Election with 854 venues on election day and 583 pre-poll venues.

“We will be doing venue assessments at least three times before May 26th and we will be publishing the list of these venues three times before the general elections are held,” he said. FEO held its first consultation session with political parties in June this year on polling venues and the next session would be held on January 31, 2022.

“We will be regularly consulting with political parties to ensure we get responses from them in terms of some of those venues that they may have issues with or complaints or experiences from the previous elections.” Mr Saneem said pre-poll areas would be declared on February 25 next year.

“FEO will write directly to village headmen of all these locations (pre-poll venues) to inform them of the pre-poll planning from 28 January, 2022.