130,000 Fijians at risk of falling into poverty 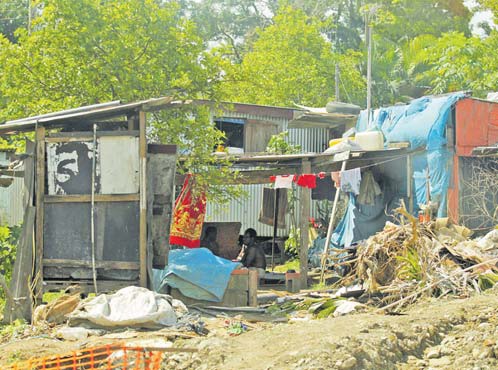 A settlement in Suva. Picture: FILE

Close to 130,000 Fijians are classified as “nearpoor” and at risk of falling into poverty, says the Fiji Bureau of Statistics 2019- 2020 Household Income and Expenditure Survey (HIES).

According to the study, 129,313 of Fiji’s population of 864,132 were classified as near-poor and could fall into the absolute poverty category.

The survey report stated the term “vulnerable” was used to describe certain groups that were at risk of falling into poverty.

“In order to remove this ambiguity, the term ‘near-poor’ has been used to describe people who are not currently poor (living above the poverty line) but may be at significant risk of becoming poor in the future,” the HIES report stated.

“In other words, the nearpoor population is defined as those people whose consumption is above but still close to the poverty line.” The single national poverty line was set at $2179.39 per adult equivalent (AE) per year, or $41.91 per week.

The highest number of near-poor or 50,791 people were living in the Central Division while 49,650 were in the Western Division.

The survey also identified 23,344 near-poor people in the North and 5528 in the Eastern Division.