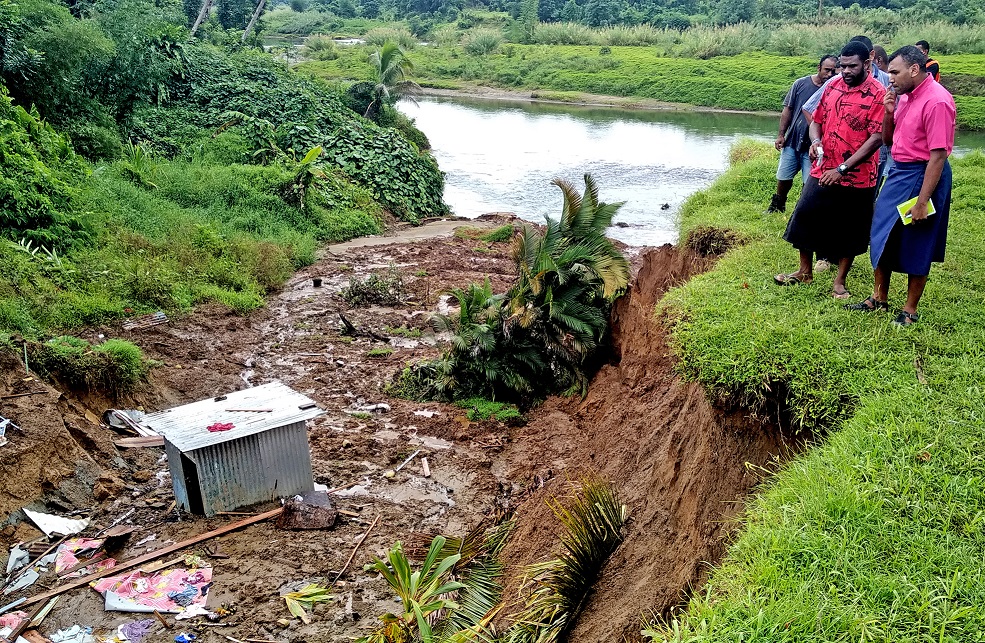 THIRTEEN houses in the village of Saumakia in Naitasiri have been earmarked for relocation because of vulnerability to
landslide.

This was revealed to the villagers in the upper Naitasiri region after a visit by three government ministries yesterday.

A team from the Waterways Ministry, Mineral Resources Department and the National Disaster Management Office (NDMO) conducted a brief assessment in the area where a massive landslide occurred.

Two concrete houses in the village were partially damaged after the landslide and according to the villagers, the landslide was a result of two weeks of incessant rainfall that was experienced in the region last month.

The team from the three ministries also visited the relocation site.

District representative Ratu Meli Draunimasi said the marked for relocation, would be advised by the village headman this week.

Ratu Meli said the representatives  from government were helpful in terms of advising the villagers on the immediate actions that could be taken to avoid further damage in the village.

He said the villagers would now work together to follow the advice and recommendations that would be given by those who would be conducting assessments in the village later this week.

During the discussion in the village hall, a representative from the Lands and Mineral Resources Department said the team was to conduct a geo-tec survey and this would be done to minimise damage and also wastage of resources.

He said a team from the ministry would be using a survey machine to assess the affected area and also the relocation site.

The representative from the Waterways Ministry echoed similar sentiments and said the team were there to survey the
affected area and that meant an engineer from the ministry would draw up a quotation on what needs to be done in the
village.

The two assessments by the ministries would then be given to the NDMO to formulate a plan to assist those who have been affected and also develop counter measures that could assist the 50 households in Saumakia Village.