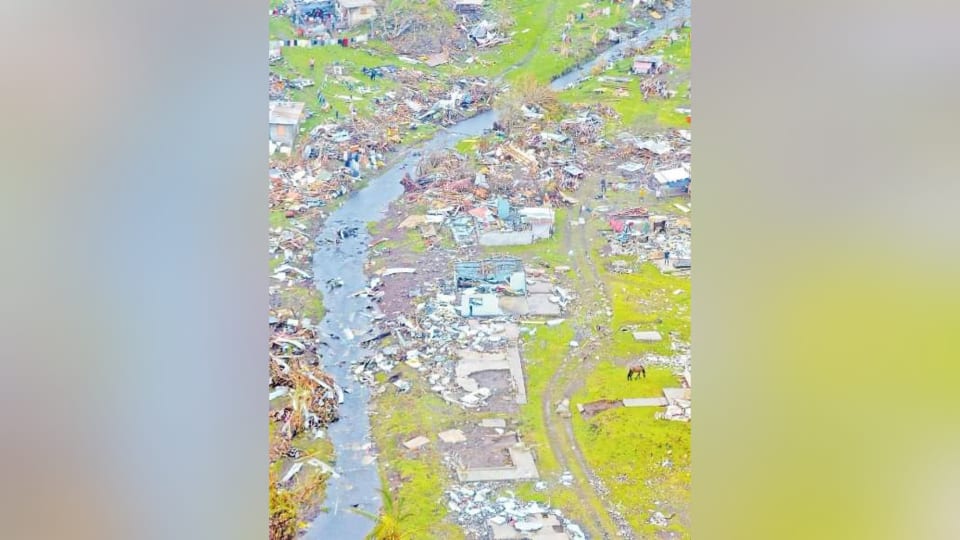 Fiji has been struck by 13 disasters since 2016, resulting in the deaths of 79 Fijians and inflicting damage estimated at $3.31 billion on the country’s infrastructure, says Assistant Minister for Disaster Management Vijay Nath.

He said this in his response to last week’s Parliament opening address by President Ratu Wiliame Katonivere.

Mr Nath said the disasters included stronger cyclones, severe and devastating floods, long and distressing droughts, the looming threat of sea level rise and the impacts were expected to continue in the coming years.

“The renowned Category 5 super Cyclone Winston made landfall in Fiji as the Southern Hemisphere’s strongest ever storm,” he said.

“In 36 hours, the value of one third of our GDP was wiped away, 44 lives were lost, 40,000 homes were damaged or destroyed and 350 schools were flattened.

“This is a reality and science has indicated that the frequencies of these events will continue to rise in the near future, leaving us footprints of lessons learned as we build a future of uncertainly for our children.

“We need a people-centred approach, emphasis on risk informed approaches to strengthen Fiji’s resilience, and as His Excellency, the President said, and I quote ‘we must not be complacent in the fight against climate change’.”

Mr Nath said Fiji’s resilience continued to be tested with the impacts of climate change.

“The global COVID-19 pandemic, combined with the real threat of climate-change, has had to make us rethink our strategy towards development.

“Fiji cannot make progress as a country if everything we build is wiped away every time a disaster strikes.”