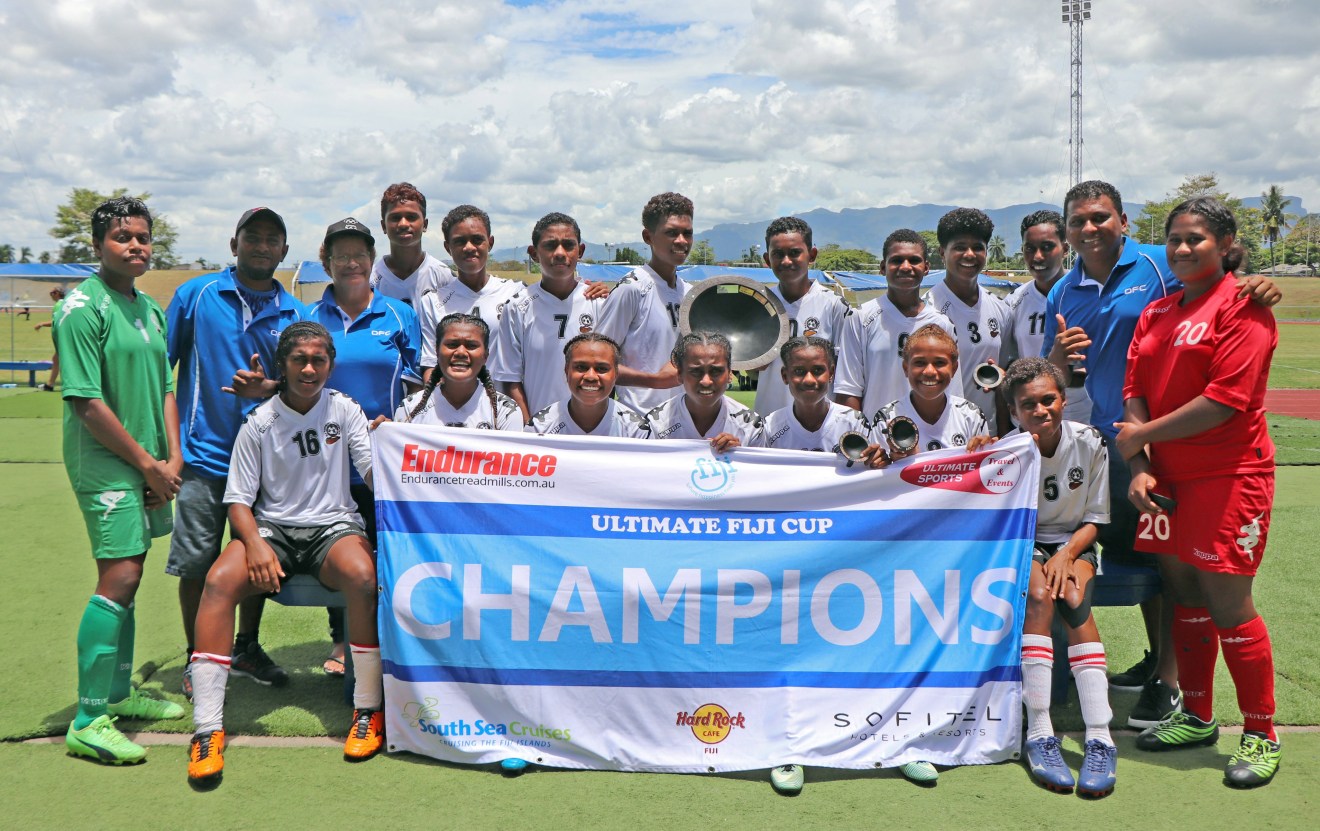 THE 2019 Ultimate Fiji Soccer Cup (UFSC) which concluded at Churchill Park in Lautoka on Saturday was tagged a grand success.

The week-long tournament saw over 500 players from Fiji, Australia and New Zealand face off across the north west of Fiji with matches held in Nadi, Lautoka and Ba.

Tournament director and founder Bruce Tilt said the week-long event which featured 110 matches was an overwhelming success on and off the park.

“It has been a big week and the competition on the park has been tremendous,” Tilt said.

“The football has been of a very high level with players determined to keep going and win.

“The opening ceremony was tremendous. The numbers of players walking out and presenting themselves to the crowd, the colours were just great to see and it made you proud to be a part of what is going on here.”

Tilt congratulated Fiji West on their three championships which adds to the region’s long-term success in the Ultimate Fiji Soccer Cup.

“It’s a credit to the coaches up there who are producing great players in the young age groups and taking them up,” he said.

“We know the strongest players are always going to come from the West area and we prepare for that as well.

“It interests me that they are so consistent, I look at their teams and there are a few players with some real individual quality and the rest of the team seems to gel quite well around them which makes them very tough to beat.

The Ultimate Fiji Soccer Cup celebrated its 10th anniversary in 2019, Tilt said he was proud to be a part of Fiji’s development as a footballing nation and believes the best years are still to come.

“There has been a great growth of football in Fiji over the last decade,” Tilt explained.

“When we first started, we were looking to help their under-17s take on New Zealand and see if they could beat them. We achieved that in the first couple of years but we felt there was so much more work that could be done.

“The Fijian coaches, that includes the refereeing coaches as well as the footballing coaches, have taken on more ideas and they are now relaying that information to their players.

“Facilities-wise they are getting better all the time. They are cutting playing fields and keeping them in good condition which is something they will continue to improve.

“Fiji has come a long way over the last 10 years, we are happy with where the Ultimate Fiji Soccer Cup is at but we would certainly like to push on in the next 10 years.”

Tilt said preparations for the 2020 Ultimate Fiji Soccer Cup were already in the works and he is hopeful the next edition of the competition will be able to make use of the under construction Govind Park in Ba.

“We are already chatting to Fiji Football about 2020,” Tilt said.

“Govind Park fell down a few years ago in the cyclone and it was a sad time for Fiji. It is close to being finished and by next year it should be ready so we look forward to playing there.

“The surfaces at the Fiji Football Academy there are great, the fields were tremendous and we love playing there.

“I see Govind Park as a venue which could hold the opening ceremony, it could certainly hold the players we are going to be bringing over.”