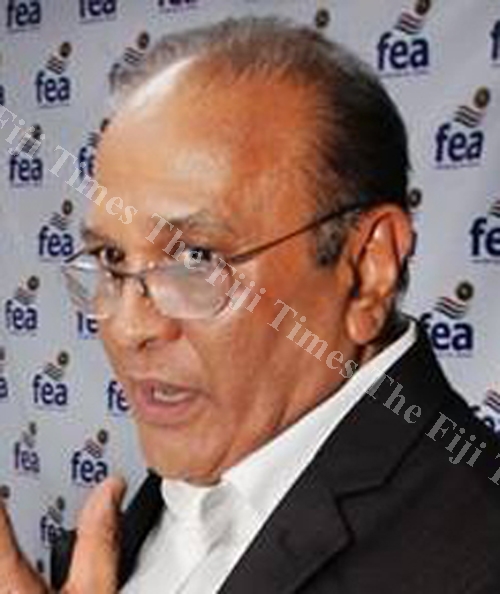 ENERGY Fiji Ltd has lost more than $100 million over the past six years because of a decrease in tariff introduced by Government in 2013.

While speaking to members of the Nadi business community, EFL chief executive officer Hasmukh Patel said the tariff decrease had resulted in a loss of almost $60m annually.

“On January 1, 2013, Government dropped the tariff again which was quite a shock to me because I was attending the budget announcement by the Prime Minister in November, 2012, and within the first five minutes of his presentation, he announced the tariff drop and I could not hear the rest of the speech,” he said.

“To me that meant that $60m of my bottom line per annum was gone.

“How do I run the company?

“In the last six years, I have lost $100m because of that tariff drop.

“I could have done a lot of wonderful things to improve the reliability of electricity with the upgrade of ageing assets.”

Mr Patel said the last tariff increase was in 2011 and this enabled the company to set up the Nadarivatu Hydro Plant.

“So in 2010, we went to the Commerce Commission at the time and they analysed our submission and let me tell you that once we got that rise, we were able to swing the company around and I would say the shareholder value from 2010 to 2019 has grown substantially.

“We built the Nadarivatu Hydro Project at $300m.

“We built another power station in Kinoya for $75m.

“There have been so many projects done since.

“If we had not initiated that revenue increase we would not have been able to give out the amount of electricity that we are giving out today.”

Energy Fiji Ltd has made a submission to the Fijian Competition and Consumer Commission (FCCC) to increase the electricity tariff by 17.5 per cent.

Public consultations by FCCC on the EFL proposal have been carried out over the past two weeks.