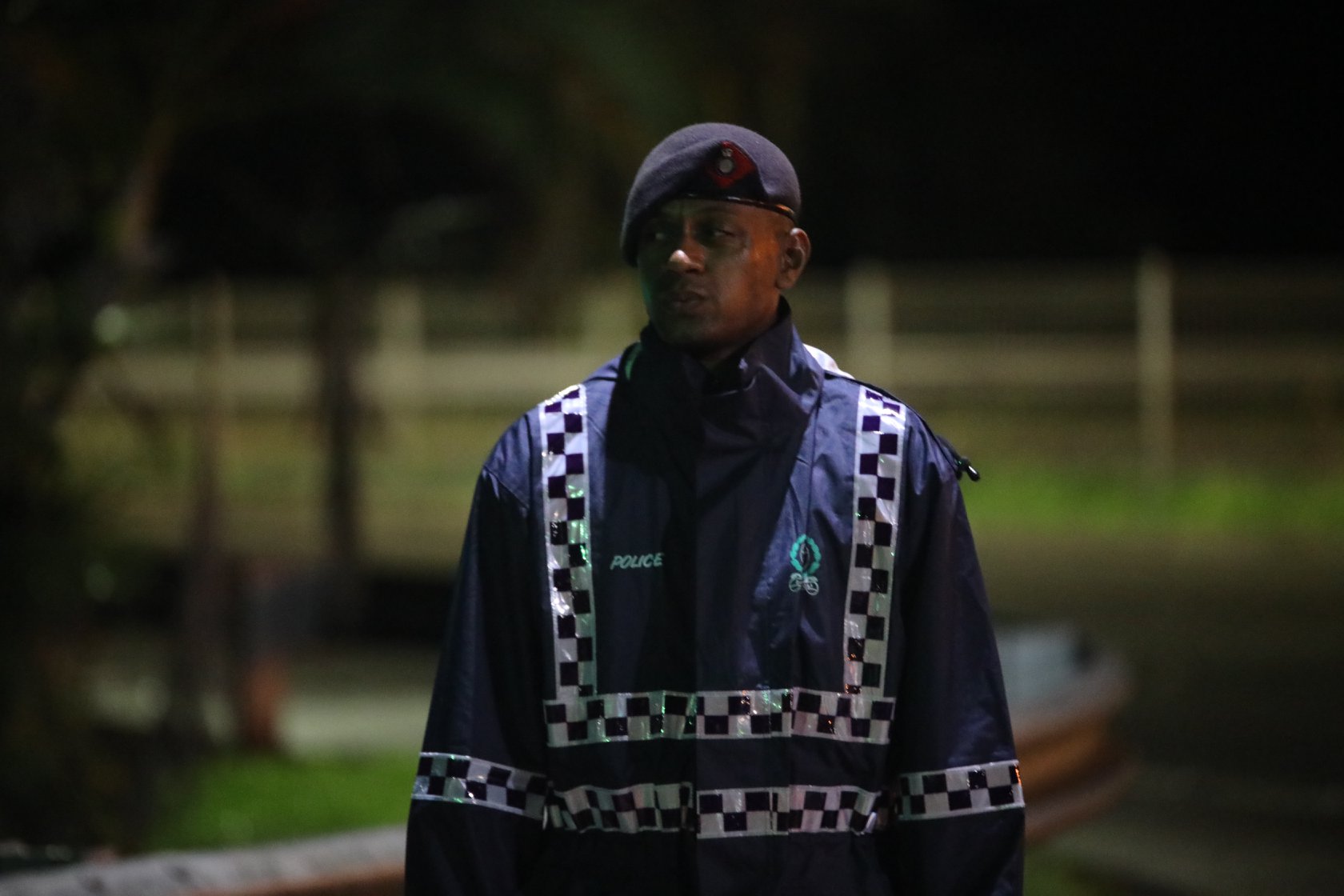 A police officer on guard at a checkpoint during curfew hours. Picture: SUPPLIED/FIJI POLICE

A 10-year-old girl was part of the 11 people who were arrested by Police over the last 24 hours for curfew breaches.

Commissioner of Police, Brigadier-General Sitiveni Qiliho said the girl with four of her family members was traveling in a vehicle and returning to their home in Ba when stopped by officers who were on night duty.

“It was discovered that no prior arrangements were made and the driver was also without a valid license,” Brig-Gen Qiliho said.

“The Southern division recorded six cases including a 22- year old man who was found drunk in the Navua area and two men aged 18 were found sniffing glue at the Nadawa area,” he said.

“Three other cases recorded are related to loitering at the Nasinu area.”